AKA reveals he got into trouble for wearing Bafana jersey with a Nike logo on it.

You know one thing about signing with a brand is that you are contractually obligated to promote just them and not their rival. Many people know this, and try their best to not mess up.

Well, AKA got a taste of it while his contract with Reebok was still in existence. The popular rapper’s deal with Reebok ended in December after he was offered a merch only deal by the brand. He has now revealed that he got into trouble while he was still with them.

Taking to Twitter, he told fans to imagine getting into trouble for wearing a Bafana jersey because it had a Nike logo on it. Well, he was talking about himself, and he revealed that it actually happened. Later on, he shared a photo wearing a pair of Jordans stating that it feels good to be wearing them again. 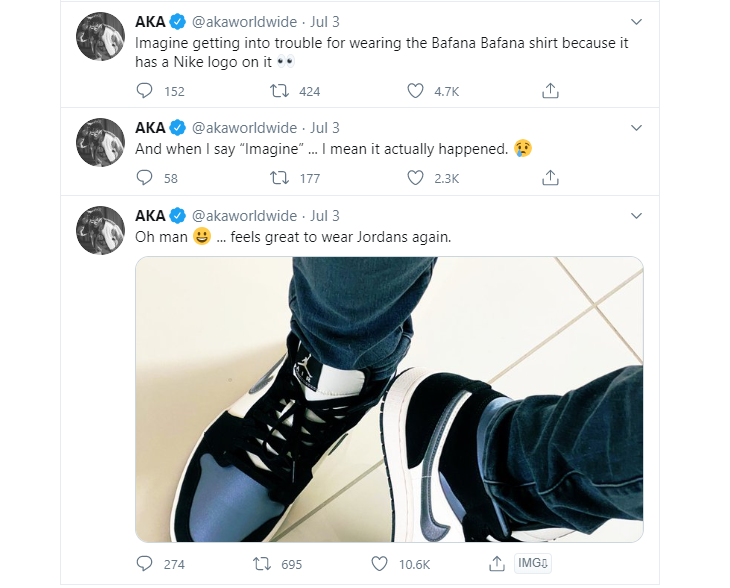