As far as many are concerned, BTS singer Jungkook captured the essence of the ongoing FIFA 2022 World Cup in Qatar with his rendition of his song “Dreamers.”

The World Cup is, after all, a gathering of dreamers, each hoping to go home with the ultimate trophy. At the end of the day, of course, only one team will emerge winner. But that’s by the way.

The thing is that, at the last World Cup, the Colombian singer Shakira delivered a number dubbed “Waka Waka,” and tweeps have been comparing both songs.

Shakira’s “Waka Waka” was described as iconic when it was rendered. It may have been a while since she charmed the world with that number, but the appeal remains, reason why the comparison with “Dreamers” prevails.

According to Shakira fans, she gave a better performance and a better song compared to Jungkook.

Fans of the BTS singer are having none of it, however. They insist the medal belongs to their man. You can check out some of the comments below.

i put dreamers over the waka waka mv and i see the vision pic.twitter.com/5SaLob6GAw

WAKA WAKA HAS PASSED THE CROWN TO DREAMERS pic.twitter.com/HU9XbAw8IM 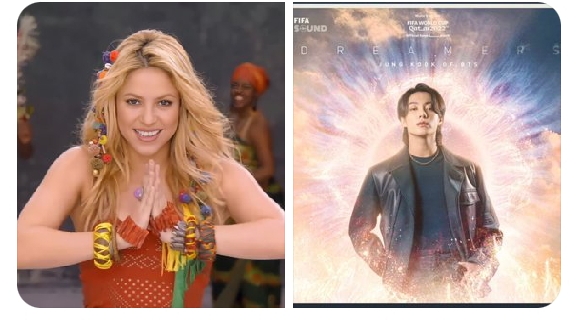 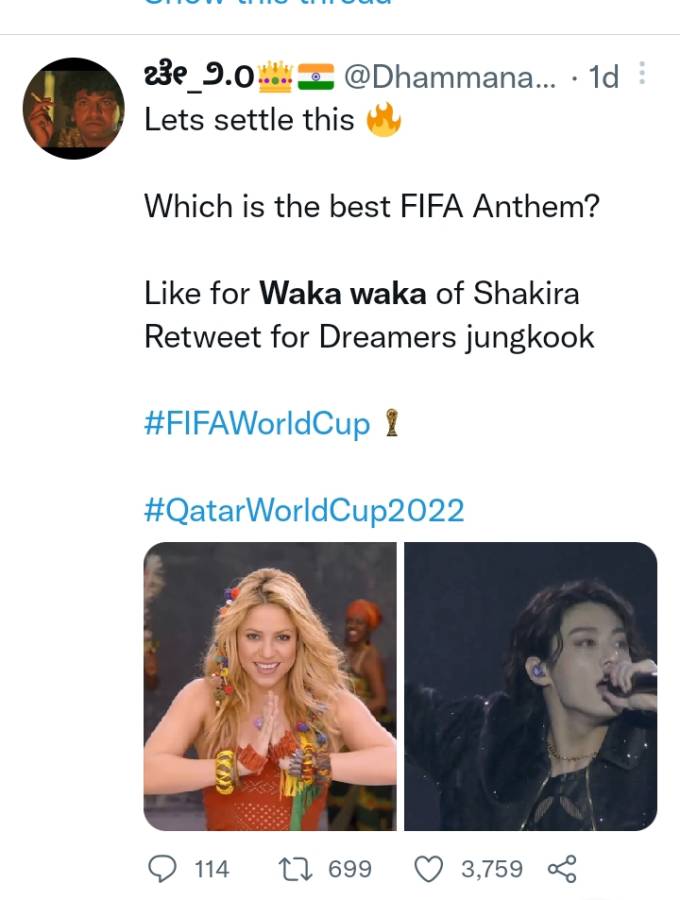 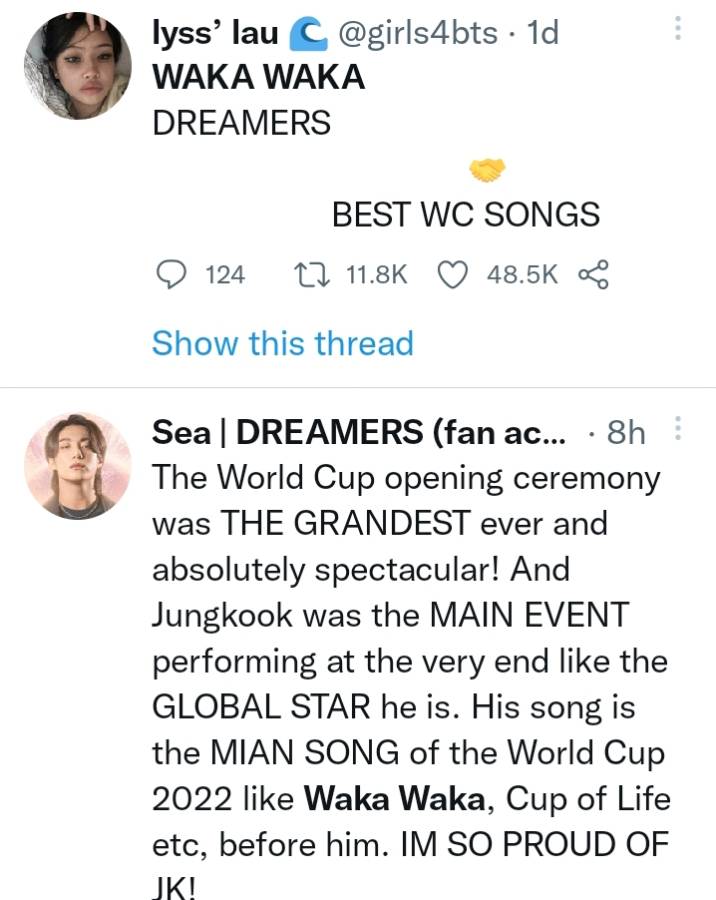 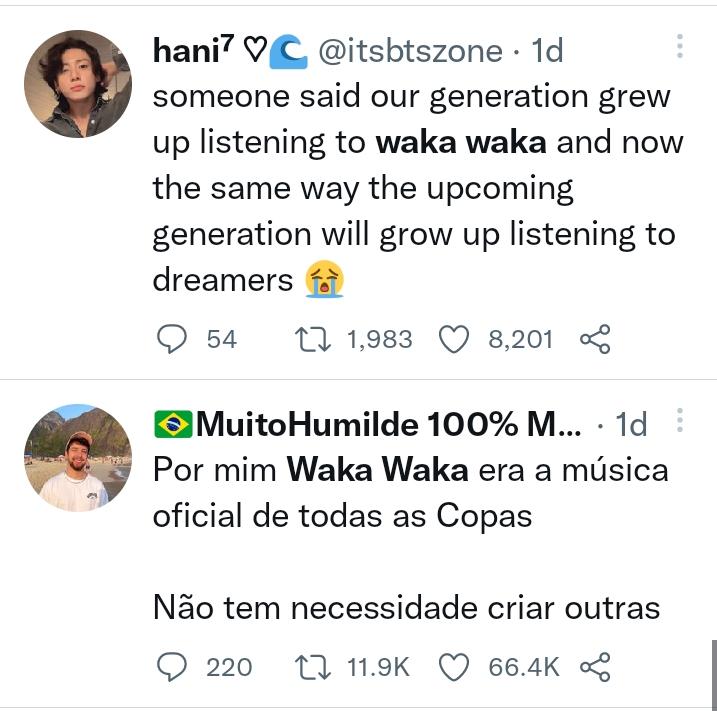 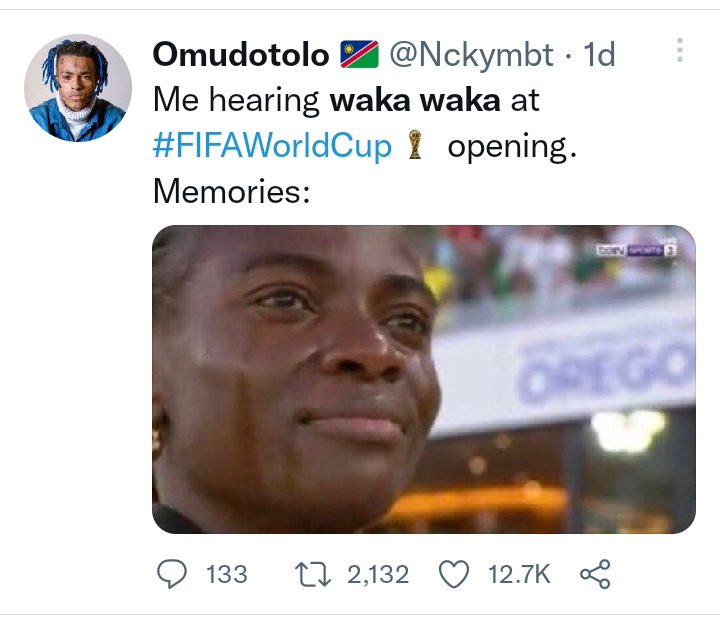 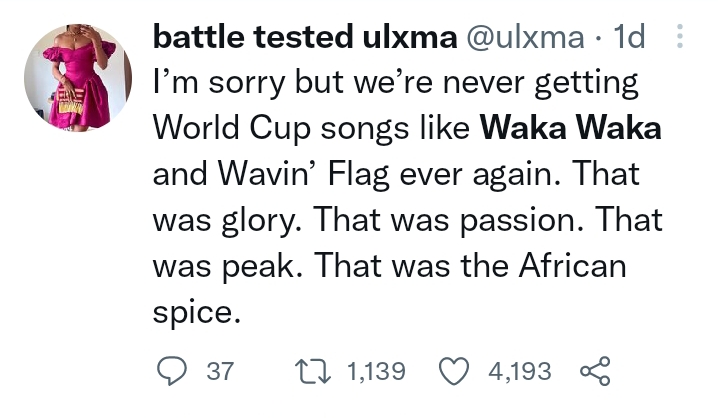 Comparisons are, of course, nothing new and not restricted to the music industry. Even at that, it is likely there would be more comparison should another musician deliver a sterling performance at the next World Cup.

Tags
Colombia Jungkook Shakira South Korea
John Israel A21 November 2022
Back to top button
Close
We use cookies on our website to give you the most relevant experience by remembering your preferences and repeat visits. By clicking “Accept All”, you consent to the use of ALL the cookies. However, you may visit "Cookie Settings" to provide a controlled consent.
Cookie SettingsAccept All
Manage Privacy