South Africa has had sporadic crises of Xenophobia, leaving foreigners worried about what might happen next.

The same collective has also blamed foreigners – mostly people from neighing countries, as well as from Nigeria – for the surging crime rate in the country. But those blamed would dismiss the claims as nothing more than xenophobia.

The narratives on xenophobia are violently divided right now. There appears to be no agreement on the subject. On the South African side, Nhlanhla Lux is on the vanguard of taking the jobs from undocumented foreigners and giving the same to the local population. Below are some of the prevailing views on the subject.

The ANC and South African Media are RESPONSIBLE for this immigration crisis.

Instead of reporting truthfully about the Immigration Crisis they have been falsely accusing the real victims (South Africans) of xenophobia.

They chose to blame SA and protect ILLEGAL migrants!#Alex pic.twitter.com/7wrg7YhB68

Government is forcing South Africans to have IDs but illegal immigrants are even getting jobs without having any document. 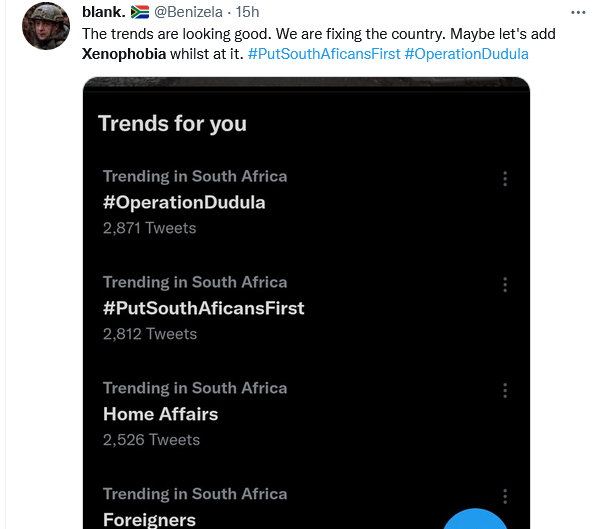 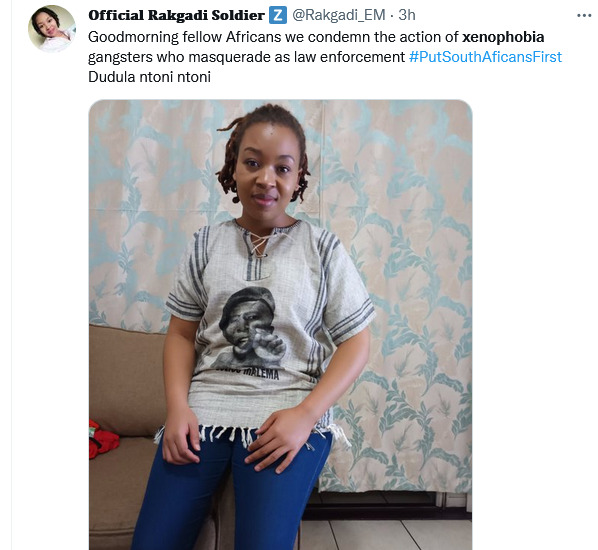 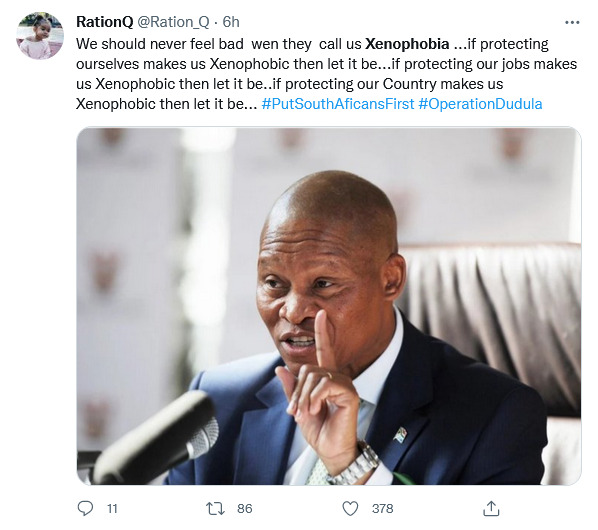 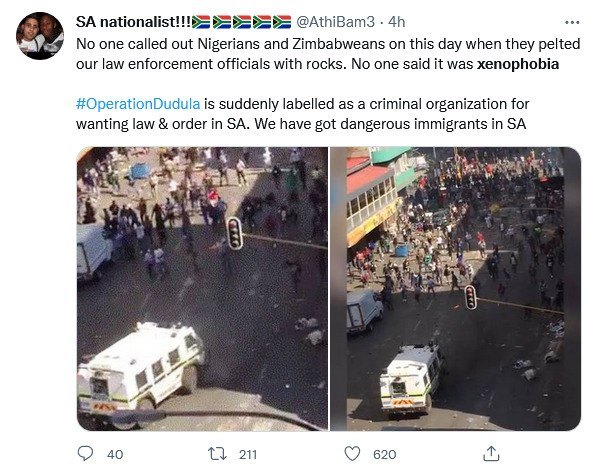 Some South Africans are adamant the government is responsible for the current immigration crisis. But what will change? Stay tuned.

Tags
Xenophobia
John Israel A Send an email 8 March 2022
Back to top button
Close
We use cookies on our website to give you the most relevant experience by remembering your preferences and repeat visits. By clicking “Accept All”, you consent to the use of ALL the cookies. However, you may visit "Cookie Settings" to provide a controlled consent.
Cookie SettingsAccept All
Manage Privacy