Congolese singer Ya Levis is coming to South Africa, and the Rainbow Nation is pretty excited to have him. Already, his coming is trending with the hashtag #YaLevisAtKarKave.

The hashtag is pretty self-explanatory. Ya Levis is the singer coming to town. “At” references the place (Kar Kave) where the songster will perform in Sandton to the delight of fans.

According to the flier released by Universe Group Entertainment and Potential Live Trading, Ya Levis will be perfuming this weekend. But he wouldn’t be alone at the arena. 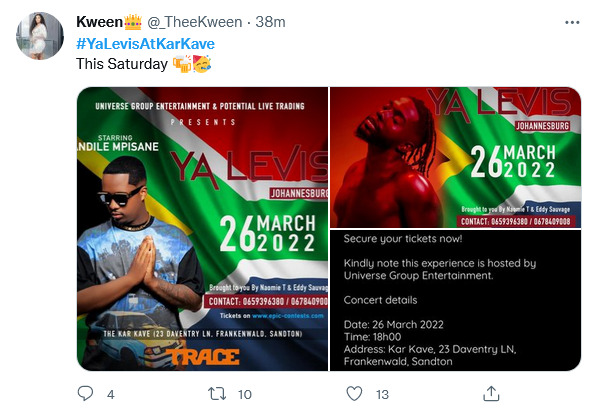 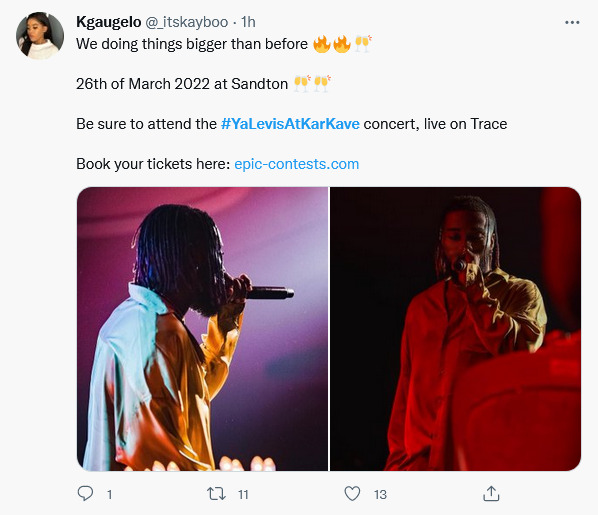 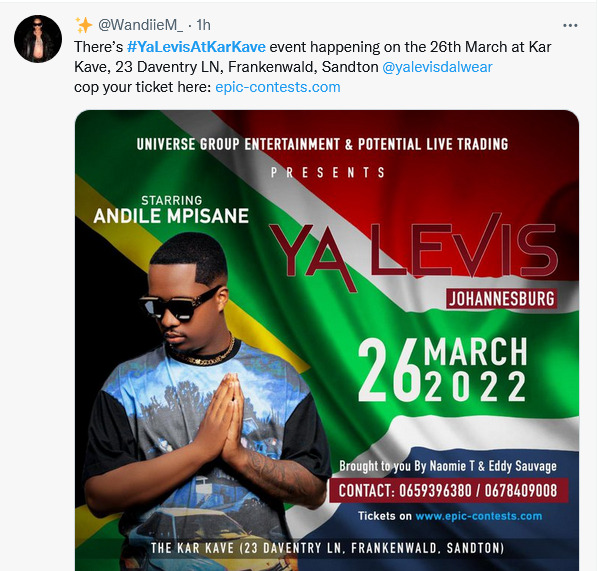 Also scheduled to perform at Kar Kave is Andile Mpisane. While Ya Levis is pretty well known and no one back home is doubting his creative energy, Andile has been a subject of cold jokes.

According to some of his critics, they can’t point to a song of his on Spotify, yet he’s everywhere performing. They attributed this to his mother’s wealth. Shauwn Mkhize is prepared to pay any sum to promote his son, they claim.

About his inclusion in the #YaLevisAtKarKave concert, though, fans are not complaining. They are out on social media promoting the show. It remains to be seen how Andile Mpisane and Ya Levis will perform this Saturday in Sandton.

Tags
Congo Ya Levis
John Israel A Send an email 22 March 2022
Back to top button
Close
We use cookies on our website to give you the most relevant experience by remembering your preferences and repeat visits. By clicking “Accept All”, you consent to the use of ALL the cookies. However, you may visit "Cookie Settings" to provide a controlled consent.
Cookie SettingsAccept All
Manage Privacy