It truly is diss season and a lot of rappers seems to be getting in on it. While many are doing it to further push their careers, others prefer to just sit back and watch it happen.

Former YBNL act, Davolee caused a frenzy when he dissed a lot of rappers on one of his joints which led to a back and forth with DMW rapper, Dremo.

“Yo @iam_Ycee pls reply Davolee, You’re the one that said death on anyone who’s tryina diss the Alhaji. Pls don’t disappoint me.”

The rapper replied him saying Davolee was dead already. 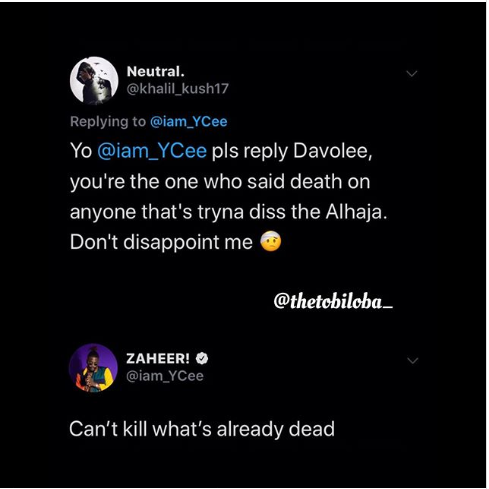