One of the big disadvantages of big a public servant is that you’re open to ridicule, and people have no qualms insulting you as they please.

President Cyril Ramaphosa may have found this out – not to his regrets, perhaps. In an explosive Twitter rant, Naledi Chirwa, a member of the opposition Economic Freedom Fighters (EFF) and the South African parliament, had denounced the president as a “weak little boy.”

She was reacting to president Cyril Ramaphosa’s tweet in which he had noted that the South African constitution and electoral process need to be protected from anyone who wants to weaken democracy and deny South African their hard-earned freedom.

Her tweet provoked outrage in South Africa, and understandably so. At just 28, is young enough to be Ramaphosa’s daughter. Some social media users noted she lacked home training; some implore her to respect elders.

And yet some wondered that she should call the Malawian Prophet Bushiri, who’s in his 30s, “papa” and President Ramaphosa, who’s 69, a “boy.” Some peeps rose to her defense, though, countering that no one was outraged when Rob Herov called the president a moron. 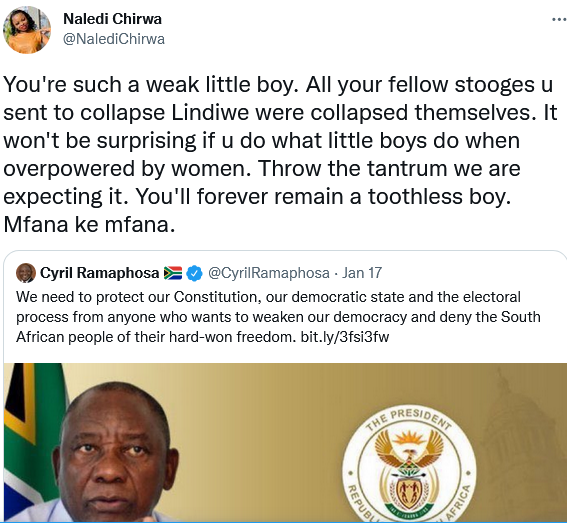 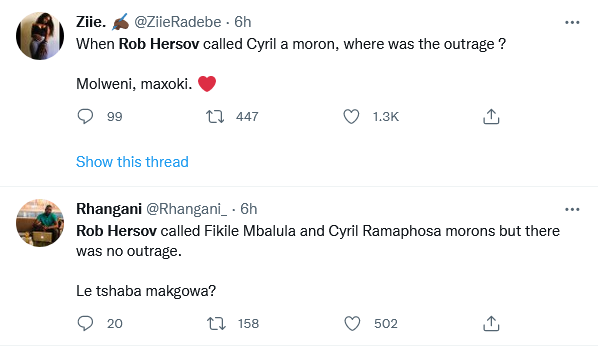 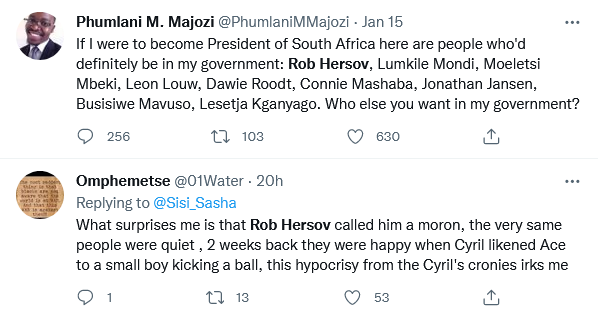 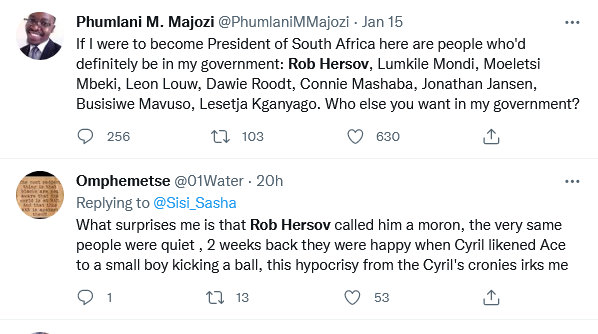 "Cyril you listening". Your sponsors have no respect for you.. @CyrilRamaphosa.. But if they spoke.. Its will end.. 😀 pic.twitter.com/j5I4uz5CVf

Naledi, however, remains undaunted and unapologetic. She insisted she wouldn’t respect a man who respects no one but Stellenbosch mafias. 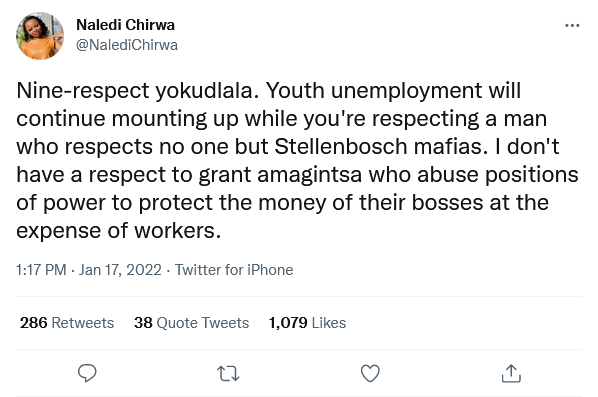 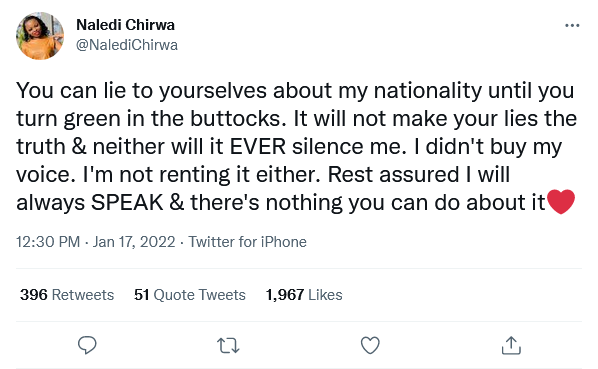 Tags
Naledi Chirwa
John Israel A Send an email 18 January 2022
Back to top button
Close
We use cookies on our website to give you the most relevant experience by remembering your preferences and repeat visits. By clicking “Accept All”, you consent to the use of ALL the cookies. However, you may visit "Cookie Settings" to provide a controlled consent.
Cookie SettingsAccept All
Manage Privacy