Those who have been trying to bury Zahara over her vocals in a leaked and trending video on social media might be in for a long thing, as the songstress has made it clear she was okay with her performance in the video.

In the said video, the songstress, who’s gearing to release an album this Friday, was seen in the company of her friends, singing. Some social media users who had seen the video thought she was drunk and her vocals egregious.

Responding to her critics, however, she insisted that she stands behind her vocals in the leaked clip, while refusing to address insinuations she was drunk in the video. She merely stated she was happy at the time the clip was take. Check it out below. 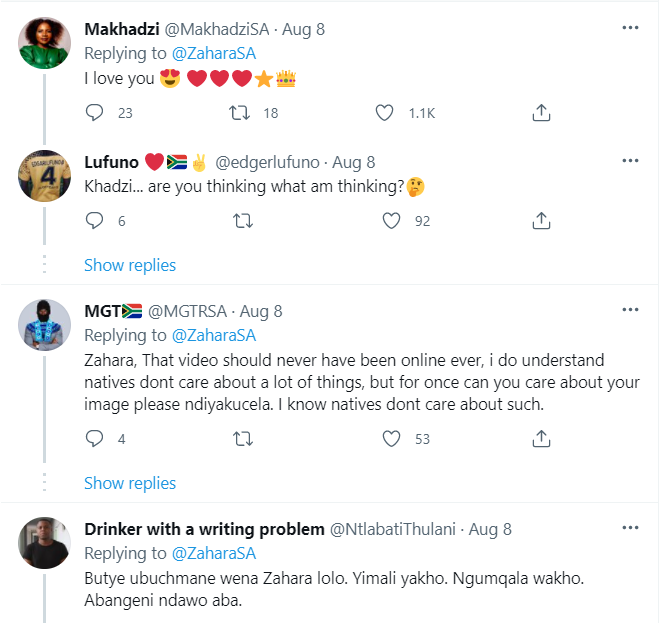 Zahara is not the only one okay with her performance in the video, however. Fellow muso and “SOIL” rapper Priddy Ugly made it clear her performance was okay in the said video and he saw no reason why she should be condemned for it.

With her album set for release this Friday, some of her fans are of the view whoever leaked the video actually planned to sabotage her album release. Well, what do you think?

Tags
Zahara
John Israel A Send an email 10 August 2021
Back to top button
Close
We use cookies on our website to give you the most relevant experience by remembering your preferences and repeat visits. By clicking “Accept All”, you consent to the use of ALL the cookies. However, you may visit "Cookie Settings" to provide a controlled consent.
Cookie SettingsAccept All
Manage Privacy