By the way, this isn’t the first time the minister has been linked to a South African musician. Years ago, the minister was the subject of a song by Family Tree CEO Cassper Nyovest.

The minister had joked that he is entitled to paid because the song was named for him and was apparently about him. This elicited laughter across Mzansi, but not everyone found it funny. Expectedly.

Anyway, the minister is back in the orbit of another musician and a decently educated one, too. Zakes wanted to meet the minister, so he tweeted the hashtag #TitoMeetZakes. His fans helped him and it trended soon after, getting the minister’s attention.

The Minister stated that Zakes Bantwini was welcome to meet him this Saturday 10 October 2020. He urged the producer to come with warm clothes as Makgobaskloof can be rather chilly. 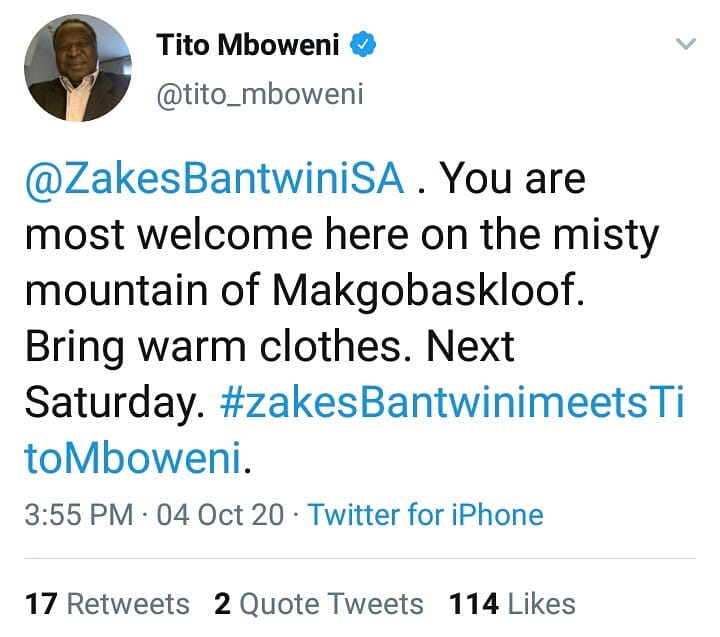 Zakes Bantwini shared the minister’s tweet on his Instagram page, thanking fans for making the meeting possible by helping him trend the hashtag #TitoMeetZakes.

Well, in the coming days, the world might know the outcome of the meeting between both important figures. We might shre the outcome with y’all. Stay tuned.