Zakes Bantwini celebrates his fourth wedding anniversary with Nandi Madida by sharing the most beautiful message in her honour.

In case you’re wondering how long Zakes Bantwini and Nandi Madida have been together, it’s a whopping 7 years. However, they’ve been married for four years. They still look very much in love.

The couple celebrated their wedding anniversary on Monday, 8th June and Zakes took to his Instagram page to gush about his wife. Sharing a stunning photo of them together, he called himself “the luckiest of husbands” for getting to call her his wife.

It’s just one of the most beautiful things you’ll see on social media. The couple is known to always celebrate each other on their social media pages every chance they get.

Nandi previously gushed over her husband during his birthday last month, congratulating him for his acceptance to study a course at Harvard university. They have a beautiful son together. 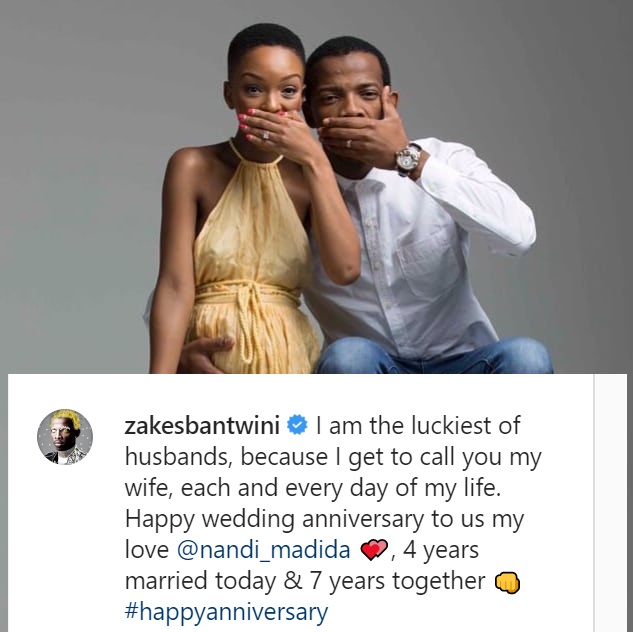