With all that’s happening around us these days, Mzansi has been escaping reality through music. It has been a crazy couple of months but the songs that have dropped during these times have particularly been what we need to heal.

While a lot of artists have been teaming up to create new records, Zakwe, Duncan, Big Zulu and Wiseman aren’t absent from the scene. The four talented musos are reportedly collaborating on a new song. In a recent photo shared to social media, all four of them are seen enjoying each other’s company.

However, they haven’t revealed any much information on the collab. Big Zulu has been on his A-game this year. The rapper who started out acting in Isibaya earned a SAMA nod for his project “Unqgongqoshe Wongqgongqoshe” this year. That has announced his music further to Mzansi. He also recently got endorsed by Spitz.

Wiseman seems to be following in his footsteps. The actor who plays Sbonelo, a gangster’s son, is making a shift to music. Zakwe has scored a Gold album with “Cebisa” after asking for one, while Duncan has earned massive recognition for his music. This is one collab to look forward to. 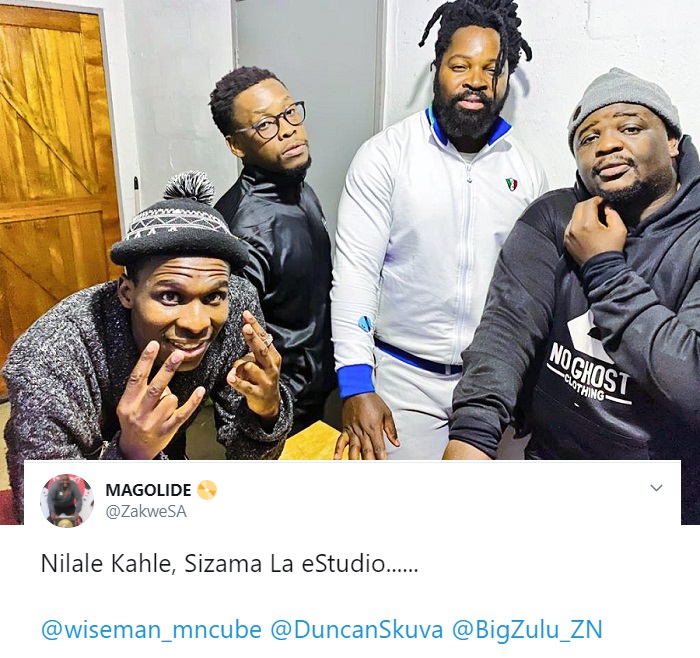 Tags
Big Zulu Duncan Wiseman Zakwe
John Jabulani Send an email 2 September 2020
Back to top button
Close
We use cookies on our website to give you the most relevant experience by remembering your preferences and repeat visits. By clicking “Accept All”, you consent to the use of ALL the cookies. However, you may visit "Cookie Settings" to provide a controlled consent.
Cookie SettingsAccept All
Manage Privacy