Mzansi singer and songwriter, Zandie Khumalo has revealed the face and name of her new born baby.

Popular Mzansi singer, Zandie Khumalo gave her fans a thrill when she announced that she had given birth to her first child. The proud mother stated that God’s plan had come to pass.

A few months ago, she announced the pregnancy for the first time, revealing that she was already 8 months gone. She later shared a photo of herself with her husband, and called it the last time they would go out just the two of them. In a more recent post, Zandie has unveiled the face of the newborn and also revealed her name to be Zenala.

She thanked her followers for all of their congratulatory messages saying she read all of them. She further announced that both she and the baby are healthy and going back home. Congrats to her again. 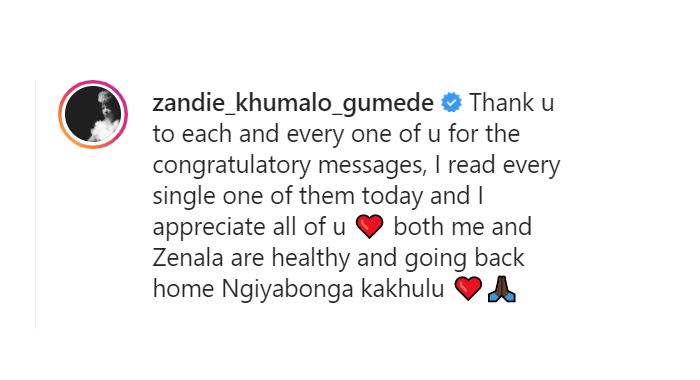 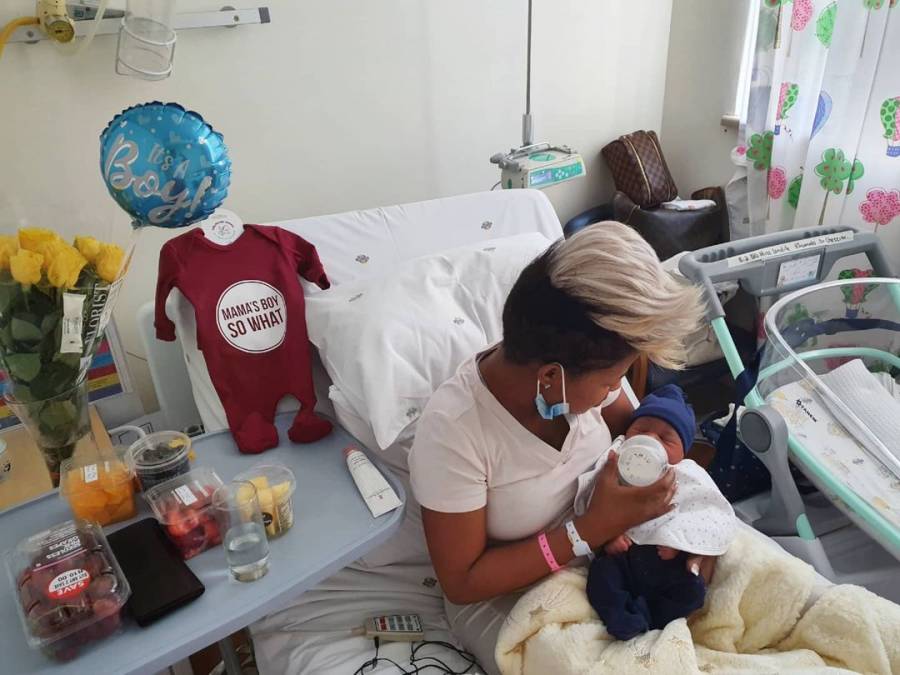 Tags
Zandie Khumalo
John Jabulani Send an email 23 September 2021
Back to top button
Close
We use cookies on our website to give you the most relevant experience by remembering your preferences and repeat visits. By clicking “Accept All”, you consent to the use of ALL the cookies. However, you may visit "Cookie Settings" to provide a controlled consent.
Cookie SettingsAccept All
Manage Privacy