The controversial dancer Zodwa Wabantu’s chicken business has been receiving support from far and wide, and she is enjoying her chicken adventure.

In an Instagram post, Zodwa Wabantu had called Nomcebo a star, stating that the singer lets works her works speak louder. Zodwa Wabantu also described herself as blessed to have the “Xola Moya Wam” songstress at her home. 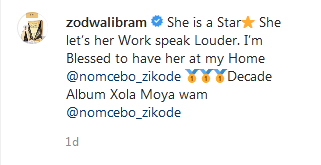 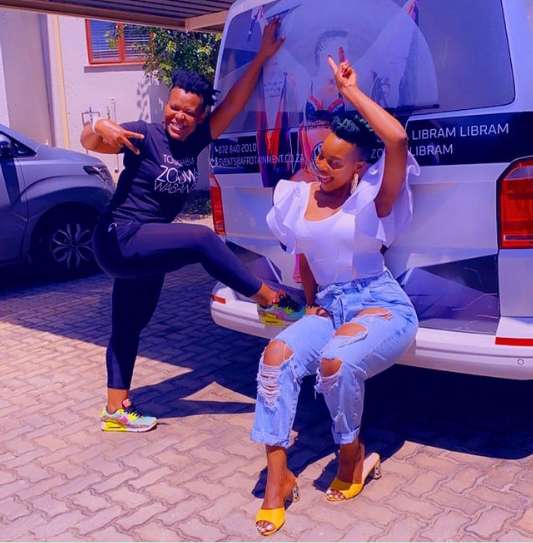 By the way, Zodwa Wabantu is one of the entertainers who have adopted new ventures and new revenue streams following level 3 lockdown imposed on the country by the government. Several celebs have been supporting her chicken adventure, including Kelly Khumalo.

Another notable Mzansi celeb who has got a chicken side hustle is DJ Tira, who happens to run Afrotainment, the record label that manages Zodwa Wabantu. At the time he launched his chicken business, he had publicly called for an interesting catchphrase for the business. Zodwa Wabantu hadn’t done the same.

Tags
Nomcebo Zikode Zodwa Wabantu
John Israel A Send an email 25 January 2021
Back to top button
Close
We use cookies on our website to give you the most relevant experience by remembering your preferences and repeat visits. By clicking “Accept All”, you consent to the use of ALL the cookies. However, you may visit "Cookie Settings" to provide a controlled consent.
Cookie SettingsAccept All
Manage Privacy