Controversial Mzansi performer, Zodwa Wabantu wishes she could give her fans all her “p**sy”.

Mzansi has come to embrace the talent that Zodwa Wabantu is. While she may be known to be an amazing dancer, Zodwa is also widely famous for her showing off various parts of her body and letting her fans touch her while she performs.

Last week, the “pantless” dancer took to social media to call out her fans and ask them to respect her. In her own words, when she isn’t on the dancefloor and with her man or friends, she would like her privacy. She also detailed an incident with a fan who wouldn’t take a hint.

Not letting it deter her, Zodwa is back doing what she does best. The Mzansi star shared a video of herself performing while her fans touched various parts of her body. In the post captions, she revealed that she wishes she could give them all her “p**sy”. 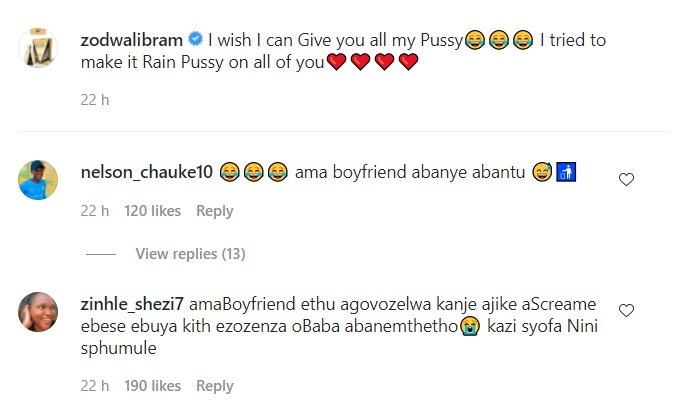 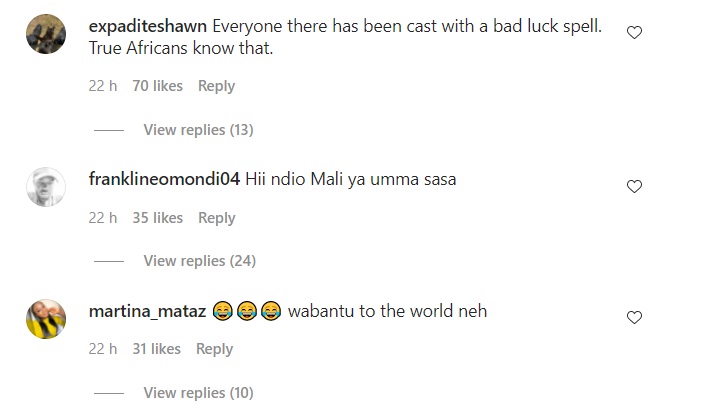 Tags
Zodwa Wabantu
John Jabulani Send an email 16 November 2021
Back to top button
Close
We use cookies on our website to give you the most relevant experience by remembering your preferences and repeat visits. By clicking “Accept All”, you consent to the use of ALL the cookies. However, you may visit "Cookie Settings" to provide a controlled consent.
Cookie SettingsAccept All
Manage Privacy