It has been said that it’s okay to fall, but it’s even better to try to stand up after that fall. That message especially resonates with kwaito veteran Zola 7. After an iconic music adventure, the songster had slipped along the way. But now, he’s rising from the ashes.

Health woes and financial difficulties have plagued the latter part of Zola 7’s life. The songster reportedly has epilepsy. In addition, he had lost control of his car at some point and crashed it, ruining someone’s business.

Thanks to that accident, he made the decision to stop driving. But the financial challenges were there. However, pride wouldn’t let the muso share his challenges with the world. Still, his fans noticed, and they banded together to help one of their own.

It appears the songster is in a better position now and ready to face the music universe in earnest again. At least his tweet suggests that. In a tweet days ago, the celebrated musician and broadcaster noted he’s risen, and he feels brand new. He then made a collaborative call on South Africa’s music universe. 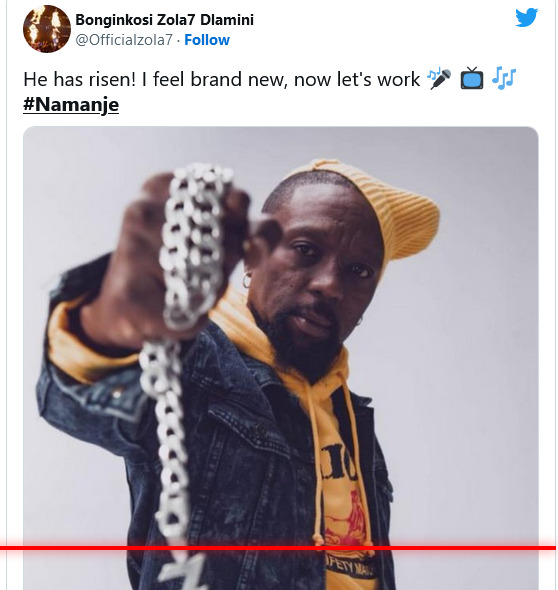 Having formally announced his return, it will be interesting to see what Zola 7 would release and with whom.

Tags
Zola 7
John Israel A Send an email 5 August 2022
Back to top button
Close
We use cookies on our website to give you the most relevant experience by remembering your preferences and repeat visits. By clicking “Accept All”, you consent to the use of ALL the cookies. However, you may visit "Cookie Settings" to provide a controlled consent.
Cookie SettingsAccept All
Manage Privacy