Zoocci Coke Dope reveals that the best album by Sho Madjozi would be the one he produced.

If there’s anything you must know about SA Hip Hop, it is that the genre is filled with very self confident artists. That includes DJs and producers as well as rappers. Everyone is known to toot their own horn which is sort of a rite of passage.

SA Hip Hop producer, Zoocci Coke Dope has always been vocal about how talented he is. He never wastes time to say it, and a lot of us agree. Replying a fan who tweeted about craving a joint project between Sho Madjozi and him, he revealed that it would be Sho’s best album ever.

Now, that makes us want to see them collaborate. The “John Cena” hit maker recently released her new EP “What A Life” and Kyle has already become a success in the country and across various parts of Africa. 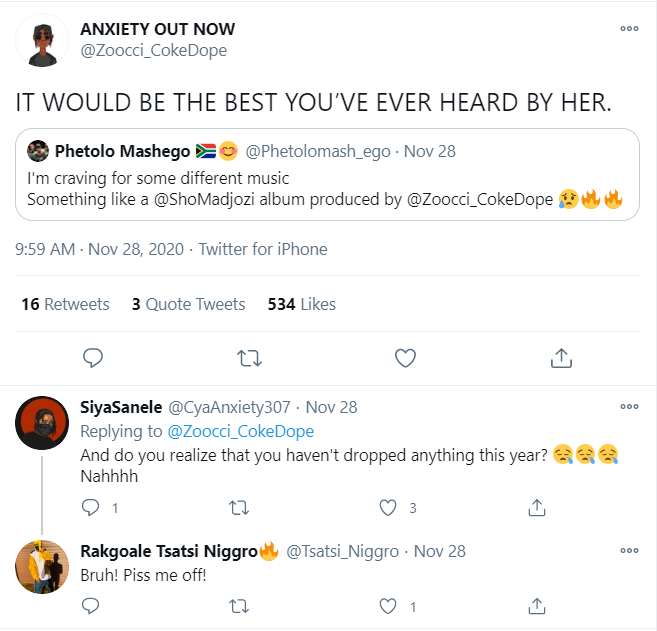