In case you don’t already know, Zulu Mkhathini has a new project in the works, a solo album entitled “Spirit Of Ubuntu.” But what should one expect from this project? The songster has just addressed that.

In a series of posts on Instagram, while fielding questions from fans, the songster had clued fans in on the progress made so fan and what fans might expect.

According to him, the project is very personal, so he worked with some of his closest friends on it. You can check out his posts below. 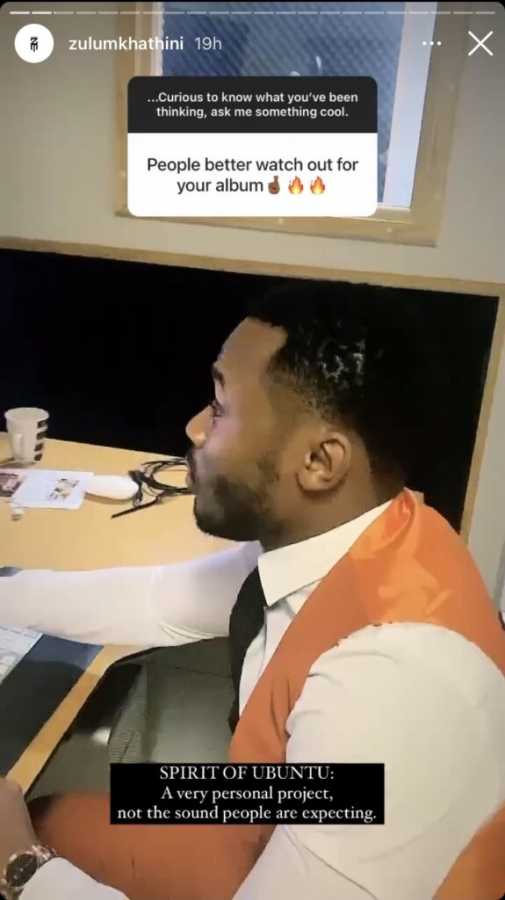 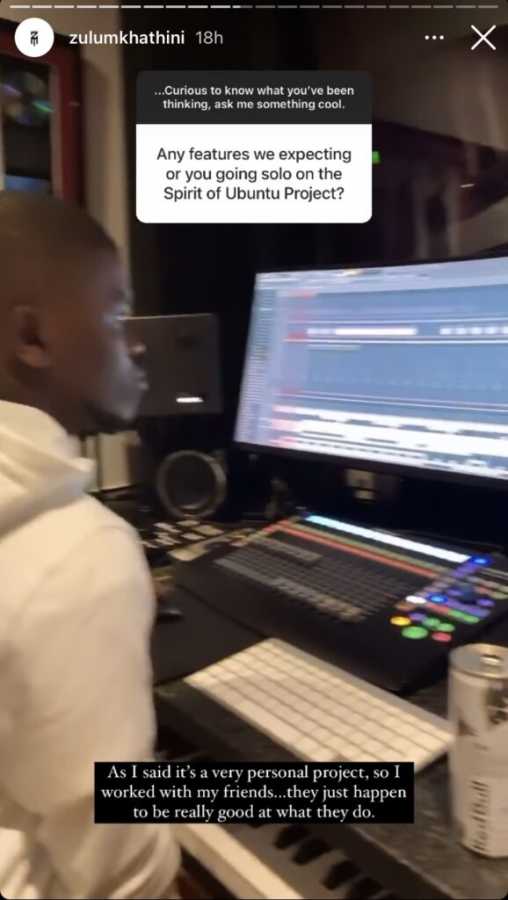 He wouldn’t be the first to release a solo project, though. Other artistes have done the same previously, including Anatii.

By the way, “Spirit Of Ubuntu” has been in the consciousness of fans for some time now, the songster having apprised fans of its coming previously.

Well, as the premier South African music blog, you can count on us to bring the album to you on release. In order not to miss it, you might want to follow our social media channels as well as subscribe to our newsfeed and stay tuned for updates.

Are you looking forward to “Spirit of Ubuntu” album by Zulu Mkhathini? Why or why not? You may want to join the conversation by dropping your thoughts in the comment section below.

Tags
Zulu Mkhathini
John Israel A Send an email 24 March 2021
Back to top button
Close
We use cookies on our website to give you the most relevant experience by remembering your preferences and repeat visits. By clicking “Accept All”, you consent to the use of ALL the cookies. However, you may visit "Cookie Settings" to provide a controlled consent.
Cookie SettingsAccept All
Manage Privacy