With a name such as Big Zulu, one can only expect him to do big things. And although the adopted stage name clearly references his physical stature, Siyabonga Nene has been doing big things since he popped on the music scene in South Africa.

It’s a continuation of his “Big” odyssey as he treats fans to a new body of work titled “Ichwane Lenyoka” – his third studio album in almost a decade of music-making. Before its release, the project was one of the most intensely anticipated in South Africa.

Now that it is here, South Africa has a national burp – and deservedly so. In this album, Big Zulu weaves the story of his evolution as an artist, bringing sights and sounds of the KwaZulu-Natal township and notes on love and relationship into one space.  What’s more?

To look at the artwork of “Ichwane Lenyoka” is to take a walk down the corridor of symbolism. And that’s not surprising, given the Inkabi Records boss’ love for imagery. So, for example, the cover art shows what appears to be a farm at dusk.

A kid, clearly a miniature Big Zulu, looks ahead while a bull and elephant and their calves trot in the direction of what’s apparently a yellow. Behind the elephant is an imposing figure of Big Zulu’s head.

Clearly, Big Zulu wanted to make it clear that growth is inevitable and that he had come a long way in his musical journey: from an unknown artist from backwater KwaZulu-Natal, he has emerged as one of the vital voices in Kasi rap.

Well, with “Ichwane Lenyoka” as a title, one would have expected a snake somewhere on the artwork since the songster wanted to pass the message that back when he popped on the scene as a rap wannabe, he had to find his way alone, on his own resources and without the crutches of a mentor figure. The snake, unlike the chicken, gives birth and disappears without taking care of it young. 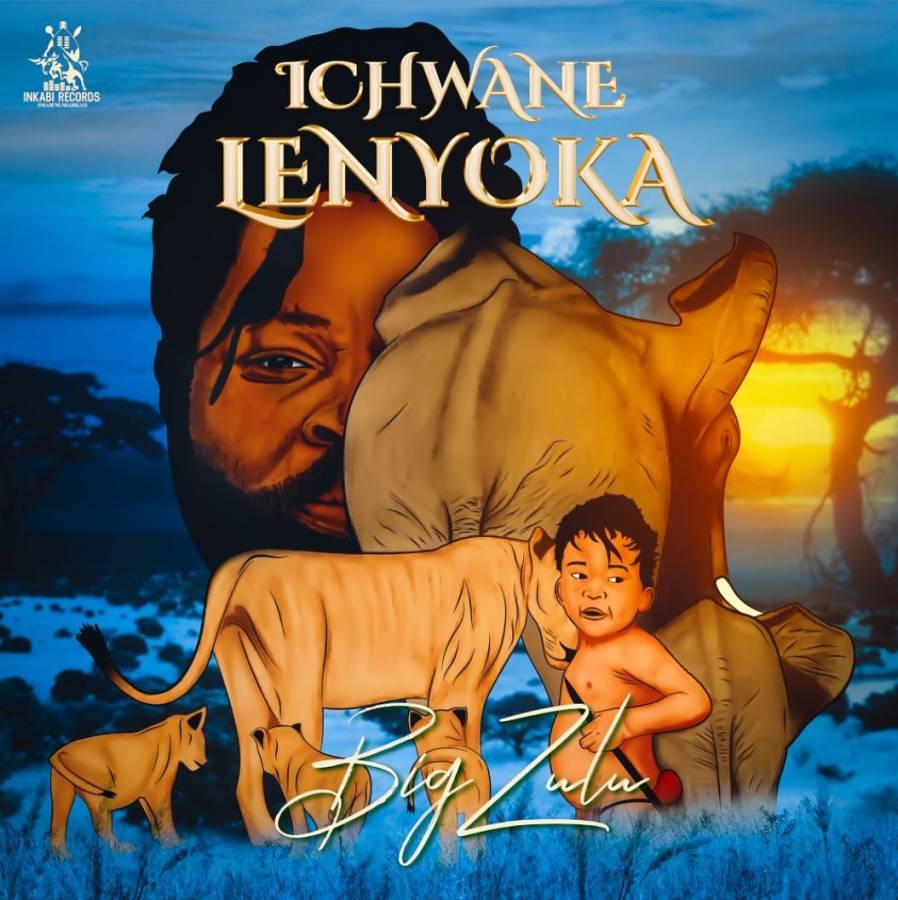 A look at the guest list of Big Zulu’s “Ichwane Lenyoka” album shows that the songster picked guests from some of the corridors of his influences, including soul, pop and maskandi. In addition, Nhlanhla Mhlongo, Xola, Kwazi, Cofi, Siya Ntuli and Sjava were on hand with vocal contributions.

Pristine is the word for the production of “Ichwane Lrnyoka.” Big Zulu had shouted out his collaborators on the project, and although he failed to do the same for the producers, it is clear they did a film job putting the album together. zoocci Coke Dope has nothing on these, whoever they might be.

The Tracklist and the Big Songs

“Ichwane Lenyoka” is a 20-song compilation that starts with an eponymous song and ends with what may as well pass for a letter to the dead, “Dear PRO.” The person to whom that song is addressed is Linda Mkhize (also called ProKid or simply PRO). The songster died in 2018 following internal bleeding. It was a big loss for hip-hop. But of course, his legacy lives.

PRO’s appearance on track 10, “iStradi,” indicates that the song was recorded three years ago before the musician’s death. However, it is yet alive, the song, and might fiddle with your emotional strings.

With 20 songs in total, there are enough songs to pick as personal favourites. We count “Umbonge,” track 11, featuring Samthing Soweto, and “iStradi,” featuring PRO, among our favourites.

“Mali Eningi”? There you have the biggest song in “Ichwane Lenyoka.” Released in 2020, the song blew up near-instantly toward the end of the year, earning several nominations as the song of the year. The excitement over the song may have died down, but it remains big in the consciousness of many in South Africa.

This album treats several subjects, but it is clear the songs were not arranged by subject matter. For instance, the eponymous track and “Baba Ngiyakukhumbula” take the listener into the worlds of big Zulu’s upbringing. But between both tracks, you have a five-track gulf.

Also, the love songs “Yakhala iPhone” and “Ngaqoma ibhinca” have a four-song gulf between them. But that’s by the way.

Rarely one to go wild in his music, Big Zulu is mellow in this album, with occasional spurts of exuberance.

Big Zulu might not be the poster boy for South Africa hip-hop, but there’s no denying he’s an important voice and one who knows how to tell a story and retain the listener’s attention.

This much should be obvious from “Ichwane Lenyoka,” a compilation worth the playtime. So tap the play button already!