Unions, whatever the hue, have not always been with man. They were an invention to protect the interest of those willing to come under the umbrella. Unionism became especially important because employers usually look out for their interests and not those of their workers.

Thus popped the idea of unionism that has followed humanity to this day.

On December 1, 1985, amid a shower of rain, some unionists and anti-apartheid activists converged to forge a vehicle of common interest. COSATU was born by the time they dispersed. More on the organization follows in this article. So, tag along.

COSATU has got an interesting history that many, especially those deeply rooted in the anti-apartheid struggle, still look back at with a smile. The month was December, and the year was 1985. South African blacks had limited rights in their own country.

APartheid was at one of its worst, with Pieter Willem Both as president. Several activists and trade union groups linked up to better fight for better welfare as well as champion a nation they would be happy in and proud of. Since then, the group has continued to evolve.

COSATU is the abbreviation for the Congress of South African Trade Unions. By that tag, it stands as the umbrella body for several unions in different industries.

As a labour collective, the Congress of South African Trade Unions (COSATU) is affiliated with several other similarly inclined unions, and they include

In all, COSATU is affiliated with over 20 other unions.

since its inception in 1985, COSATU has had several policies, some of which favoured not only diversity in the workplace but also ensured that women are protected from sexual harassment in the workplace.

For instance, at its inaugural congress in 1985, it had made its commitment to fight sexual harassment in whatever form it might present. As a result, it was the initiator and one of the drafters of the NEDLAC Code, which soon became law.

Zingiswa Losi is the newly elected president of COSATU and the first woman in that position since the body was formed almost four decades ago.

She grew up in a family of activists, so it isn’t surprising that she should also take the activist path. By her own account, she became politically conscious at age ten when her two brothers went into exile. Much later, she herself would end up in exile, thanks to apartheid.

A trained soldier, she once served in the  South African Defence Force (SANDF). 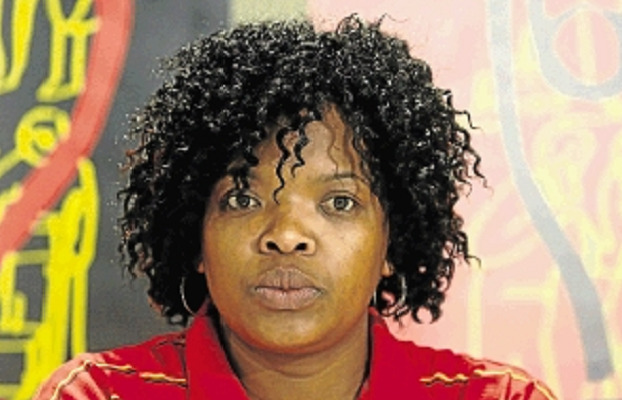 COSATU membership is open to all workers and trade unionists. They just have to be registered members of the body or its affiliates.

Membership empowers them with several perks, including better working conditions, and the body stops at nothing in the battle to ensure that employers what they deserve.

As a trade union, COSATU has several functions, including improving the working conditions of workers, encouraging unionism and supporting its affiliates.

COSATU, with a membership of over 2.1 million people, is the single largest trade union in South Africa. Other equally large trade unions are the Federation of Unions of South Africa (FEDUSA)  and the National Council of Trade Unions (NACTU).

COSATU represents the workers and trade unionists in the unions under its umbrella.

No single person started COSATU. Instead, it was a meeting of several labour interests.

Most of the crop of older politicians in South Africa was actually part of the COSATU and its affiliate unions, including President Cyril Ramaphosa. He was general secretary of the National Union of Mineworkers (NUM) when Peter Botha held sway as president.

During apartheid, COSATU was actively positioned and involved in organizing protests against the racist government. As a result, it kept the momentum of the struggle against the apartheid state. Not surprisingly, most COSATU members also belonged to the ANC.

COSATU started exactly 37 years ago, on December 1, 1987. It had been a powerful political force since then, when a great influence in government, especially in the government of the currently ruling African National Congress.

COSATU was formed to bring together many of the unions that were formed following the storm of strikes that swept through the then-apartheid enclave of South Africa.

Formed in 1985, COSATU is a federation of unions that no government has been able to ignore in almost four decades of its existence.

The current president of COSATU is Zingiswa Losi. A politician and member of the ruling African National Congress, she’s the first female president of the union — a personal milestone.

COSATU is not a political party. The best description for it is a pressure group, and that’s because it’s a collective of people who might clamour for changes in government and policies for the benefit of its members and the society as a whole.

The section on Labour relations in the South African constitution states that every worker has a right to join a trade union.

The implication here is that anyone can join a trade union. In the case of the Congress of South African Trade Unions, perhaps intending members need only register with the body.

Workers join trade unions to protect their collective interests. On their own, as individuals, they cannot do that effectively. So they band together, which gives them the power to negotiate anything as a group, from better working conditions to pay raises.

Tags
COSATU
John Israel A Send an email 30 September 2022
Back to top button
Close
We use cookies on our website to give you the most relevant experience by remembering your preferences and repeat visits. By clicking “Accept All”, you consent to the use of ALL the cookies. However, you may visit "Cookie Settings" to provide a controlled consent.
Cookie SettingsAccept All
Manage Privacy