Imagine a rumble that barely leaves signs of a rumble. Well, this might be the ultimate irony of  Kabza De Small, DJ Maphorisa & Tresor’s “RUMBLE IN THE JUNGLE” album.

The project was some time in the making. Before it hit digital stores, the friends had informed the world of what was imminent, as well as teased a couple of songs from the project.

When the complete body of work finally made it to the world, fans were excited. They should be, perhaps, for the three friends apparently took their time with this project – a compilation of fierce lyrical energy, bringing together the troika’s experiences into one fine tapestry.

“RUMBLE IN THE JUNGLE” album popped on Apple Music and other digital stores on 9 April 2021. The compilation totes 14 tracks in all, with a sprinkling of guest artistes – musicians who share musical synergy with the Scorpion kings and Tresor.

DJ Maphorisa, Tresor and Kabza d Small’s joint album plays for almost one hour and forty minutes. The length might be long, but in no time does boredom intrude while listening to these three South Africans.

The project begins with “Stimela,” a stimulating tale of a love journey that will capture the attention of the listener near instantly – especially those conversant with the glory days of the past.

For those conversant with the apartheid era, when some men had to leave their homes and travel miles to look for work, only to return to find out that their wives or crushes have moved on, this song will make a great memorial.

In “Funu” the troika has yet another memorable number. The language of the song might not be accessible to many out there, but they can easily connect with it. And for those conversant with the works of Malick Sidibé, following the song might be a breeze. 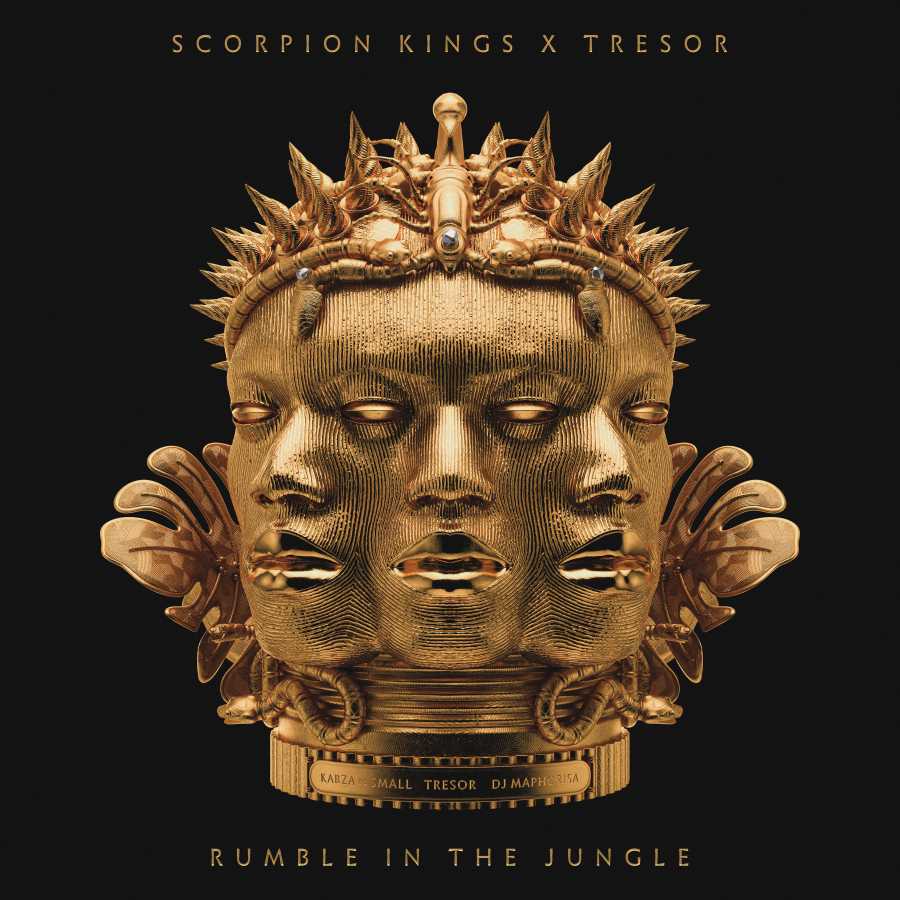 Things get personal for Tresor and his pals on “Le Vie Est Belle.” Sung in the French and the Swahili, this song is highly relatable and will have ready fans any day, anytime, in that it brings to the fore a tale just about anyone can relate with – that of moving from nothing to something, or from grace to grass, as the saying goes.

All three artistes on the song had modest beginnings. The song may as well be taken for their personal stories.

“Folasade,” the fourth track in the compilation ,was a serious hit for the three friends. Not surprisingly, the inspiration for the song is the celebrated singer Sade Adu. While the song might not be iconic or bears their fiery energy of Sade’s numbers, it is still a lyrical charmer and something to check out.

The follow-up tune, “Soro” might sound like sorrow, but it does not bring you to the gulf of grief – fortunately. “Soro” is a work of spontaneous musical energy that will detain attention any day. You may as well call it a feel-good song or a song for the moment.

Either way, you should have a wonderful time vibing with this number.

After singing “solo” in the first five songs, the Scorpion Kings DJ Maphorisa, Kabza de Small and Tresor tapped the vocal resources of Beatenberg for track No. 6,” Dust in the Wind,” a song as rich in imagery as its title.

As a title, “Dust in the Wind” is symbolic in that it shows convergence and dilution at the same time. And that’s what you get here, actually. In this song, the quartet beautifully melds pop, maskandi, amapiano and other elements into a sumptuous whole that many will be chuffed to lap up. It is a standout track – for us.

“Angelina” is another feel-good tune from “RUMBLE IN THE JUNGLE” and one that might remind the listener of a brilliant and convivial time out. Alone or with a lover, you’re going to have a wonderful time with this song – especially if you’re a lover of the out of doors.

The troika may have missed a guest on their “Angelina” journey, but they had the producer Tyler ICU with them in the follow-up track, “Cherie,” which happens to have as much musical charms as the song before it.

Things get pretty soulful in “Mali Mali,” a song that will remind you once again of the vitality of true love and the beauty in little things. Peeps who found love when they had nothing but are now wealthy and with same partners, will especially appreciate this song, one of our favourites in the compilation.

In “Neriya,” the troika hols on to love themes still, albeit familial.

“Malaika” is more like a soul mate’s song. It’s not easy finding a truly beautiful human being. But when one does find her, the experience is incredible.  It’s a song for those in beautiful relationships.

The three friends end their “RUMBLE IN THE JUNGLE” album with “Love Like a Weapon,” a song of contrasts, showing the flowers and swords of love and loving.

On the whole, you have a winning compilation.

Tags
Amapiano Dj Maphorisa Kabza de Small Review Tresor
John Israel A Send an email 12 April 2021
Back to top button
Close
We use cookies on our website to give you the most relevant experience by remembering your preferences and repeat visits. By clicking “Accept All”, you consent to the use of ALL the cookies. However, you may visit "Cookie Settings" to provide a controlled consent.
Cookie SettingsAccept All
Manage Privacy