Back in November this year, maskandi artiste Khuzani unleashed a body of work dubbed “Ispoki Esingafi” album, quietly cementing his place as one of the notable voices in the genre.

Loosely translated from the Zulu, “Ispoki Esingafi” means “The Immortal Ghost,” a phrase emphasized by the skeleton in the project’s cover art. And indeed this compilation is an immortal ghost in the sense that it bears several powerful numbers which are haunting in their beauty and just irresistible.

These numbers stay with you long after you’re done listening to them. They lure you into their orbit or rather drag you there. Either way, it’s one experience not only worth having but worth telling others about.

Khuzani begins his story – or rather maskandi journey – with a track titled “Nizoguqa.” It wasn’t until the third track that the songster let fans embrace an eponymous track. Like the previous two tracks, “Ispoki Esingafi” had no guests.

It wasn’t until he reached track 5 that he elected to work with someone. Khuzani had a great time spitting his bars alongside Luve Dubazane. The other artistes who found feature spots in this compilation include Sphesihle Zulu and Thibela.

For a compilation of 14 tracks of one hour and eighteen minutes playtime, Khuzani is patently guilty of parsimony in the number of guests.

The argument might be that he wanted to make the story his own. In this, apparently, he succeeded. He is a delight to observe – you might say listen to – as he spits his bars. Where he elected to work with other artistes, he was a delight as well.

In South Africa, maskandi isn’t exactly the genre of the moment – not having snapped the trophy from hip hop and amapiano – however, it is a genre with a keen following like the other genres mentioned earlier.

In the world of maskandi music, Khuzani’s voice just cannot be missed. In his latest project, the songster affirms he isn’t just another voice but one of those worth hearing. For those unfamiliar with him as a maskandi artiste, “Ispoki Esingafi” should make a fine introduction. 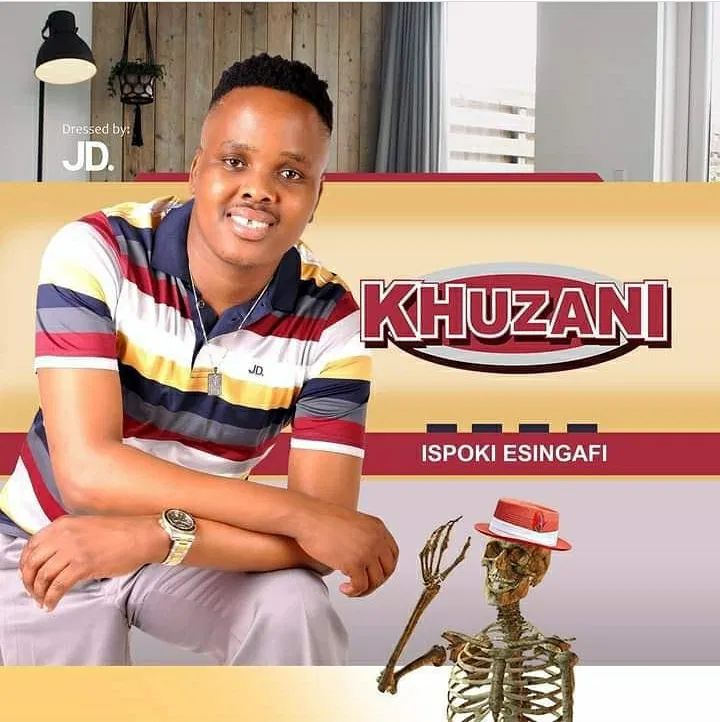 If one were to draw a list of top ten maskandi album released in South Africa this year, one would readily add Khuzani’s “Ispoki Esingafi” album on the list. This brilliant maskandi compilation will resonate with just about everyone who appreciates the genre.

It is unknown why Khuzani chooses to chase “ghosts” with his “Ispoki Esingafi”project. But then he had a great time doing just that, and one cannot but nod at how exquisitely he does it.

If you’re looking forward to a maskandi break that’s truly worth it, Khuzani offers just that – with his “Ispoki Esingafi” album, a compilation that can compete favourably with other maskandi projects released this year.

In fact, we recommend the compilation and encourage you to check it out. Whether you’re a maskandi nut or just a lover of good music, you’ll surely find a number that’ll interest you.

On the strength of his latest drop – “Ispoki Esingafi” so to speak – we see many fans out there looking for more numbers from Khuzani’s. this compilation not only affirms the songster’s gift, it also advertises him as one of the major voices in the genre in South Africa as a whole.

If we should give Khuzani’s “Ispoki Esingafi” album 3 stars out of 5, what would you think? At any rate, you have our verdict. You’re welcome to rate the album as well, in the comments, if you please.