Like every other big name in the Piano scene this year, Mas Musiq has set out to thrill his audience with a new album titled “Auti ‘eSharp”. The talented DJ and producer have always been the kind to let his Music speak for him. We believe that it genuinely does.

With the new album, he aims to show how much he has grown as one of the most sought-after hitmakers in the country. He lets his production talent show and takes things slow all through the very blissful project. In our opinion, this is one great effort for someone named after Music. He proves that the meaning of his name is not lost on him. 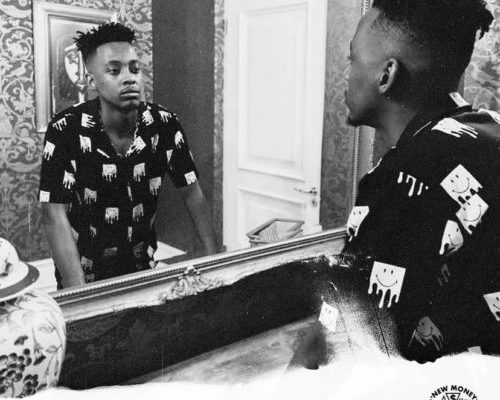 The cover photo for Mas Musiq’s new “Auti ‘eSharp” album might be one of the simplest to decipher, but there seems to be more to it than meets the eye. Of course, everyone knows that it is never easy deciding what photo should be attached to an artist’s project. So, you could say that everything from the pose to the gaze is well thought out and executed.

Mas Musiq is shot staring at a reflection of himself in the mirror. It sort of shakes you up thinking how he can stand gazing at all that talent. The photo seems to have been taken in a restroom. The size of the room proves this. We could be wrong. The primary thing about it is his pose and fixed gaze, which we can see clearly from the reflection.

Each of the featured acts is well known in the SA music industry for their outstanding vocal performances or impressive production skills. They prove this yet again with their deliveries in the new album. We are sure that Mas Musiq was not disappointed by any of them as they’re each well credited for their performances in the album.

Bongza, Kabza De Small, DJ Maphorisa, Nkulee 501, Skroef28, Major League, Tyler ICU, Daliwonga, Vigro Deep, and more all deliver laudable production in the songs that they contribute to. Also, vocalists including Sir Trill, Young Stunna, Nia Pearl, Aymos, and more live up to their reputations with their deliveries in the songs they’re featured on.

The “Auti ‘eSharp” album comes laden with 14 tracks, all of which are very well arranged and impressive. The album was preceded by the release of the single “Inhliziyo”, which features contributions from Babalwa M. The song may also easily be the best track in the project. It is also the most streamed and talked about. Another good one is “Uzozisola”, which features Aymos, Kabza De Small, and DJ Maphorisa. The song is also one of the most talked-about tracks on the project and boasts arguably the best production. Finally, another big one is “Nguwe”, featuring Daliwonga, Sir Trill and Major League.

The featured vocalists all sing in their native dialects. Mas Musiq delivers what could be some of his best works yet with this new project. You should check it out if you haven’t already. 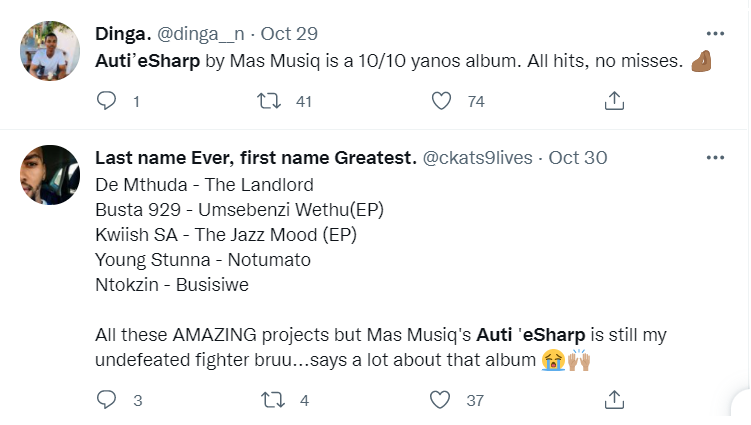 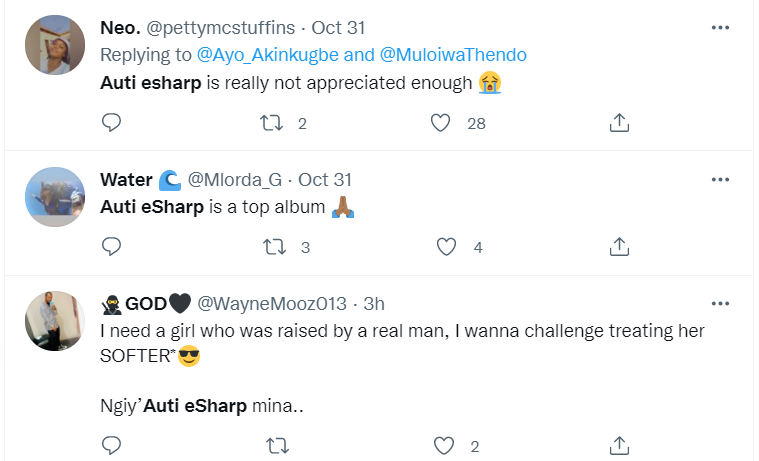 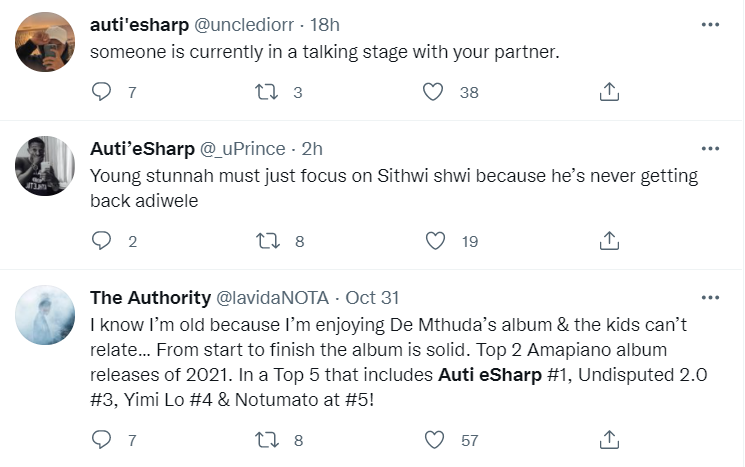 Tags
Amapiano Mas Musiq Review
John Jabulani Send an email 2 November 2021
Back to top button
Close
We use cookies on our website to give you the most relevant experience by remembering your preferences and repeat visits. By clicking “Accept All”, you consent to the use of ALL the cookies. However, you may visit "Cookie Settings" to provide a controlled consent.
Cookie SettingsAccept All
Manage Privacy