Exactly 6 month after her tragic death, AKA is using his God-given talent to remember his late fiancee Nelli Tribute on her birthday, the new song is titled Tears Run Dry, released this morning 11th October 2021. the young and ambitious lady lost her life at a hotel where she was lodging with AKA. In the early hours of 11 April 2021 Tembe fell from the 10th floor of Pepperclub Hotel in Cape Town to her death.

The incident was a big loss for the hip hop artists as he had engaged Nelli and preparations for the wedding was on the way. AKA who had explained the incident in a tell-all story with Thembekile Mrototo recently shunned Thando Thabethe in a recent interview when asked about the same incident. His reason for doing that was that it was his personal issue and he is still grieving.

He later went on social media to say that he might address the incident in a future project when he released a whole project with Cosa Tictch without a mention of the incident. Tears Run Dry might just be one step towards putting his grieve in a song as fans expected that from the heavyweight hip-hop artist. AKA describes Nelli as the first thing on his mind in the new song. Check it out below. 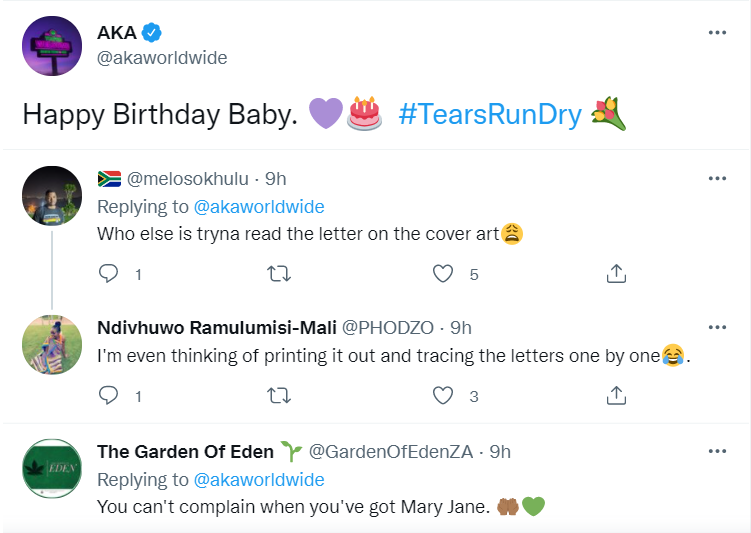 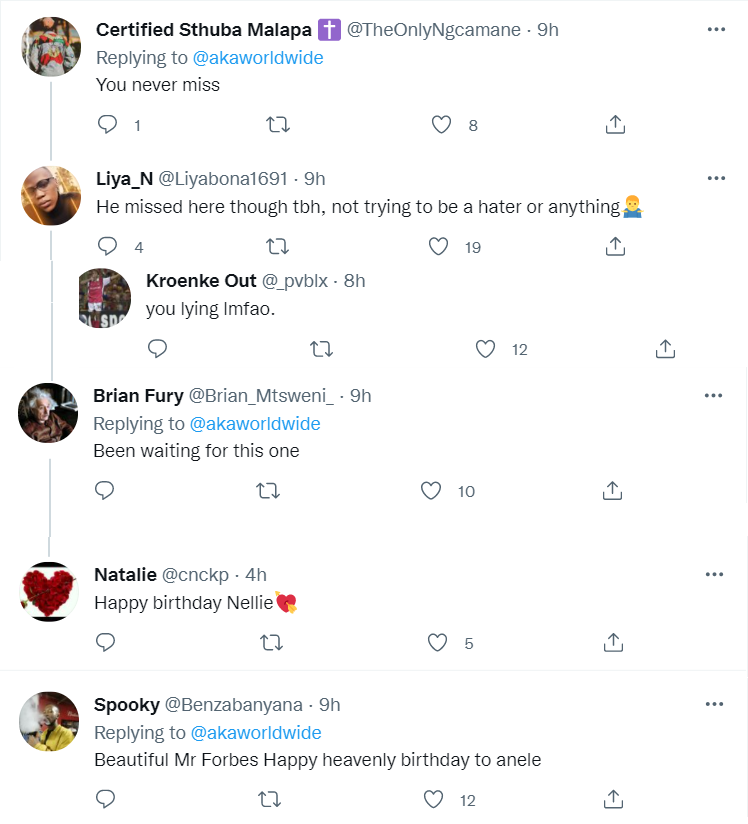 First thing on my mind
When I wake up
I cannot feel so shine, cos you’re not by my side
Nothing else can replace us
Try to breakdown and cry
All my tears run dry

Tags
AKA Hip Hop
Thato Siyabonga Send an email 11 October 2021
Back to top button
Close
We use cookies on our website to give you the most relevant experience by remembering your preferences and repeat visits. By clicking “Accept All”, you consent to the use of ALL the cookies. However, you may visit "Cookie Settings" to provide a controlled consent.
Cookie SettingsAccept All
Manage Privacy