Amantle Brown’s vocal prowess is really unmatchable as she portrays the abundance in melodious beat on sonorous tones, which she used in her delivery of this masterpiece.

The song comes after she dropped the awesome visual to her hit song tagged “Wena”. Now she is back with this amazing tune to thrill her fans. The new track might yet be her biggest track in the year as she employed the lyrical prowess from Gigi, who has overtime delivered awesome tunes as well in the industry. 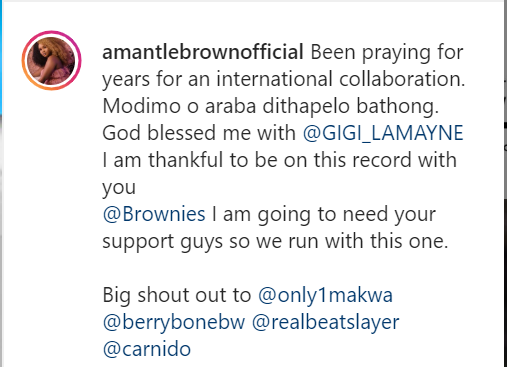 Gigi Lamayne in the past has entertained us to songs like “Mojo Jojo”, “Jou Stad” among others. The two now coming together on this track brought an awesome musical delivery.