Finally South Africa’s Costa Titch premieres his intensely anticipated “Made In Africa” album. This project was long in the works. Now that it is here, the pleasure of having it is simply massive.The project houses 17 tracks in all, beginning with an eponymous track and ending with “Great TikTok,” a mini advertisement of that video-sharing platform. The tracklist is pretty rich.Artiste like Frank Casino, Loki, 25k, Rouge, Tshego, Boity, Sjava, Phantom Steeze, AKA, Boskasie, DJ Maphorisa and Riky Rick made the guest list, bringing the fires of their gift to the mix

“Made In Africa” is Costa Titch’s debut album. The songster apparently took his time with the project and the result is simply splendid, an engaging collection you want to vibe with again and again.

This collection is something you wouldn’t mind embracing right away. It’s a delightful mix of numbers on various themes, bringing you’re the wealth of Costa Tich’s and his pals’ artistic range. Go ahead and embrace the album.

Fans Reacts To Debut “Made in Africa” Album 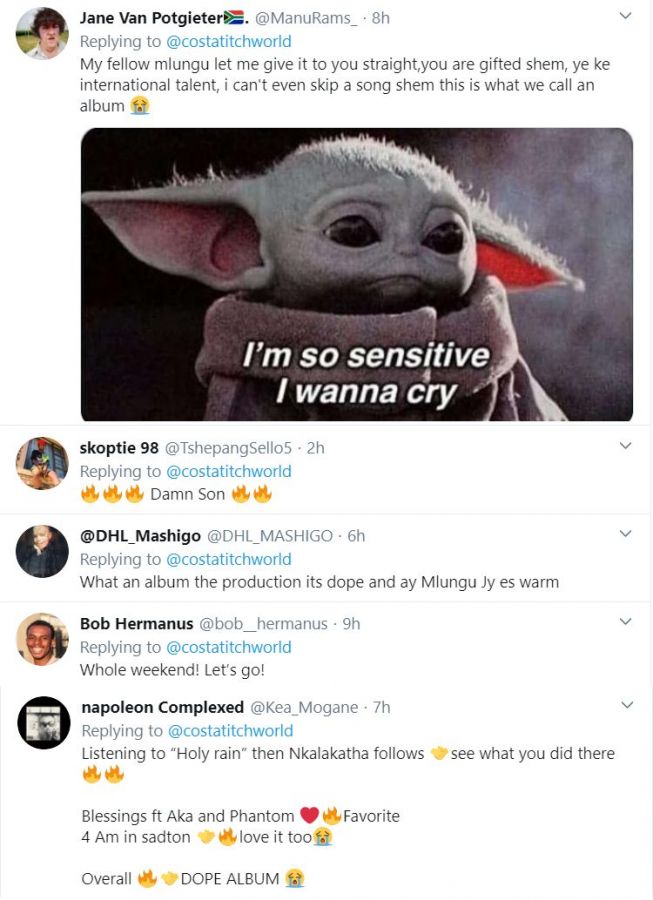 How would you rate “made in Africa” album by Costa Titch? You might want to stream the project below and join the conversation by dropping your thoughts in the comment section.

Made in Africa
Costa Titch

Tags
Album Costa Titch
John Israel A Send an email 9 October 2020
Back to top button
Close
We use cookies on our website to give you the most relevant experience by remembering your preferences and repeat visits. By clicking “Accept All”, you consent to the use of ALL the cookies. However, you may visit "Cookie Settings" to provide a controlled consent.
Cookie SettingsAccept All
Manage Privacy