“Unknown” is actually a joke to her fans because she gave enough clues in what appears to be the cover art of the post. That the “unknown” artiste is actually NaakMusiq, one of the musicians signed to  DJ Tira’s Afrotainment who also recently released his first 2020 song titled Cinderalla. 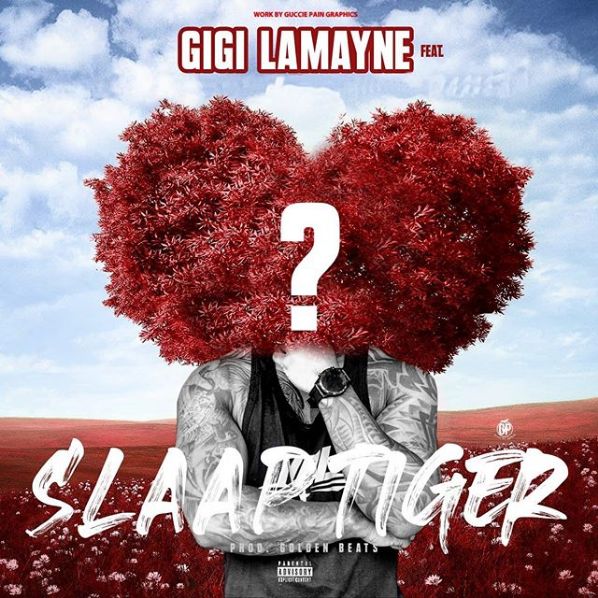 The head of the artiste was completely covered, but there was enough clue from the build of the artiste, and even the massive body tattoo, that it was Naakmusiq, left hand on chin.

Also, when Gigi Lamayne asked fans to guess who the person was, DJ Tira had said Naakmusiq. The Afrotainment boss should know his artiste.

“Slaap Tiger” is produced by Golden Beats, and NaakMusiq is not the only feature appearing on the song, Afrotainment boss DJ Tira and Just Bheki are also enlisted on this major release. We only found out few days later that DJ Tira was also enlisted for “Slaap Tiger”, making it two heavy body tattoo artists.

On 2 October, the song was made available for pre-order on Apple Music and other digital platforms. The song was initially slated for release on 9th of October 2020 which is tomorrow but Christmas came early for “Slaap Tiger” and it made it to the internet earlier today.

Tags
Amapiano Gigi Lamayne Naakmusiq
John Israel A Send an email 1 October 2020
Back to top button
Close
We use cookies on our website to give you the most relevant experience by remembering your preferences and repeat visits. By clicking “Accept All”, you consent to the use of ALL the cookies. However, you may visit "Cookie Settings" to provide a controlled consent.
Cookie SettingsAccept All
Manage Privacy