What better way to start your day than with music from your favourite DJs. This time, Kelvin Momo takes the floor with brand offering. On his own, the Mzansi star churns out amazing tracks. With other acts, he does even better.

All through this year, he has been up to a lot of work. He previously dropped the DJ Papers707 Tribute titled “Lala Ngoxolo”. He has also dropped the projects “African Tribe” and “Amapiano Is A Lifestyle” both of which featured the tracks “Uthando”, “Set Your Mind To It”, “Get Up”, and more. 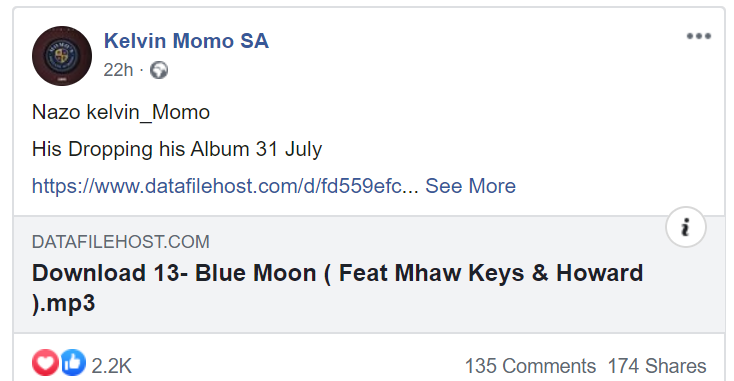 This time, he enlists fellow hit makers Mhaw Keys and Howard to feature on his new song “Blue Moon”. You need not be told that this would hit a different way. You cannot afford to pass on it. Also, add it to a playlist.