The SA muso in a bid to take his music across the globe got featured alongside nine other producer who were asked to drop a remix to the song. This having to do with Lauv’s International push for the single. 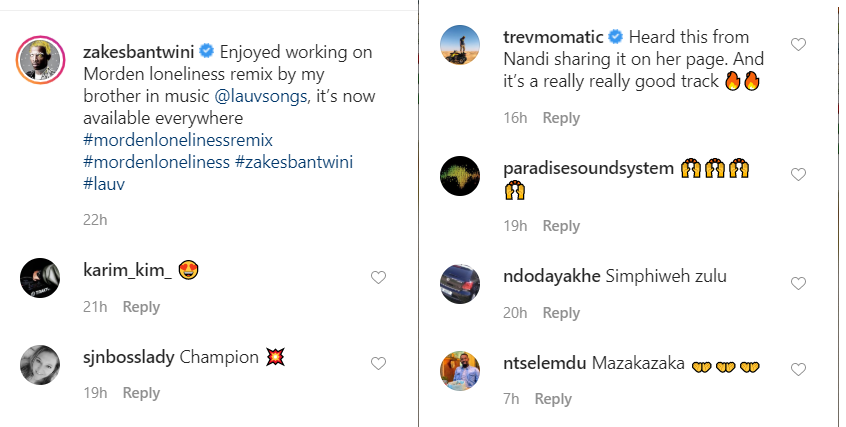 The original version by Lauv, has managed to be popular among music lovers, as it has gotten over 50 million views worldwide from streaming and music downloads.

Zakes Bantwini made it known that the step is to develop his brand outside Africa. With his rendition of the song, Zakes is definitely heading towards a global recognition.

Tags
Lauv Zakes Bantwini
Wuraola Salawu Send an email 19 May 2020
Back to top button
Close
We use cookies on our website to give you the most relevant experience by remembering your preferences and repeat visits. By clicking “Accept All”, you consent to the use of ALL the cookies. However, you may visit "Cookie Settings" to provide a controlled consent.
Cookie SettingsAccept All
Manage Privacy