Last year they kept things hush-hush and merely spoke of “secret Santas.” Well, not anymore. Now Nadia Naki is open to the world knowing that AKA is her new flame. It’s now official, peeps: AKA is dating Nadia Nakai.

After months of just laughing quietly at speculations from fans, Aka and Nadia Nakai had confirmed they are dating with a deep public kiss that had fans shouting, “Ah!” you can check it out below.

Love is a beautiful thing.💍❤
AKA x Nadia Nakai ❤❤ pic.twitter.com/YNoDiFkDJO

Rumors od AKA dating Nadia Nakai first surface in late 2021, but the two of them neither confirmed nor denied the rumors. Instead, they stoked it indirectly by only teasing clues they’re together.

For instance, both of them had stormed Club Konka and created an impresion by pouring Champagnes on their Rolexes. (AKA had gifted her the Rolex).

The news of AKA and Nadia Nakai finally confirming they’re dating have got some of their fans excited, with many stating they can’t wait to see what will follow the confirmation of their relation. 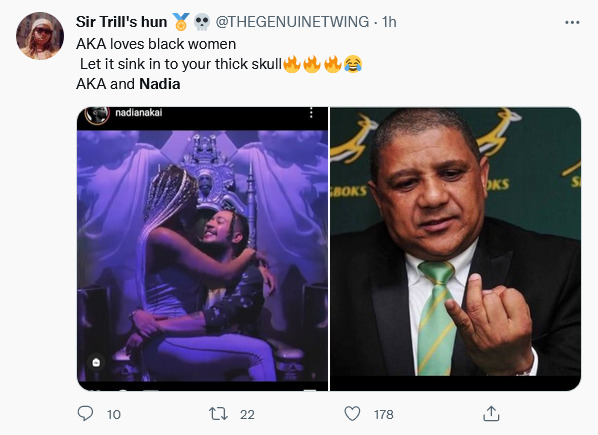 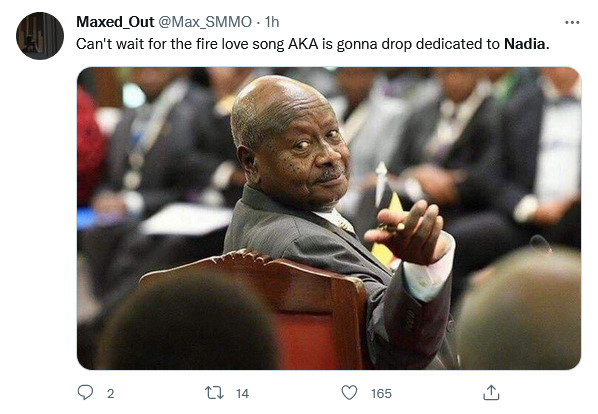 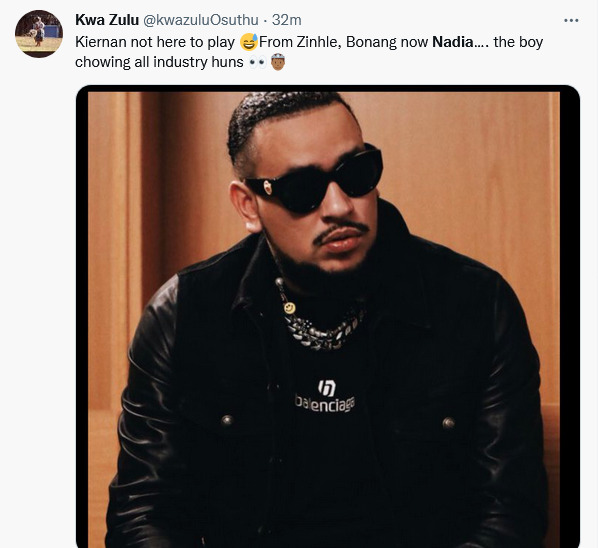 AKA started dating Nadia Nakai months after his fiancée Nelli Tembe Tembe jumped to her death from the 10th floor of the Pepperclub Hotel in Cape Town. Her death shocked the entertainment industry and AKA claimed to have suffered depression as a result of her passing.

Tags
AKA Nadia Nakai
John Israel A Send an email 4 March 2022
Back to top button
Close
We use cookies on our website to give you the most relevant experience by remembering your preferences and repeat visits. By clicking “Accept All”, you consent to the use of ALL the cookies. However, you may visit "Cookie Settings" to provide a controlled consent.
Cookie SettingsAccept All
Manage Privacy