“Energy” rapper, AKA believes Emtee is “such a deep and complex character”.

In case you have ever wonder what SA Hip Hop star, AKA thinks of Emtee, he has opened up about it. We don’t see them talk much, not even on social media, but we know they respect each other.

After a fan tweeted at Supa Mega suggesting that a joint project with the “iThemba” hit maker would be cool, he opened up about what he thinks. He revealed that he loves The Hustla who he called “a deep and complex character”. He went on to say that to make a joint project with him, they’d have to live in the same house for a bit. That’s to grasp the concept of the project.

Not many would say this, but we believe he’s right. Both rappers have such big personalities, it would take a lot of understanding to gain a common ground. Hopefully, they finally get to do something together some day. 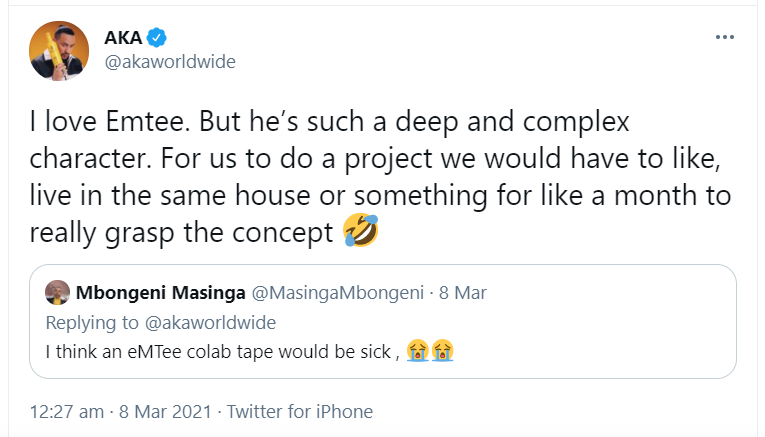