Kiernan Forbes, the South African rapper professionally known as AKA, has parted ways with brands with which he was previously affiliated, notably Cruz Vodka.

AKA is navigating a treacherous path in his life and music career right now. He is mourning his girlfriend Anele “Nelli” Tembe, who jumped to her death from the 10th floor of the Pepperclub Hotel in Cape Town in April.

He’s also contending with a new advocacy demanding, via the hashtag #MuteAKA, that he be muted on on radio and television. The advocates with that hashtag are also calling on brands to brak their partnership with him. Advocates behind the hashtag believed the songster had driven his fiancée to suicide by treating her violently.

Anyway, AKA has stated that after deep reflection about the events of the past few days, he feels that it is best to temporarily withdraw from his duties at Cruz Vodka. You can check out his full statement below. 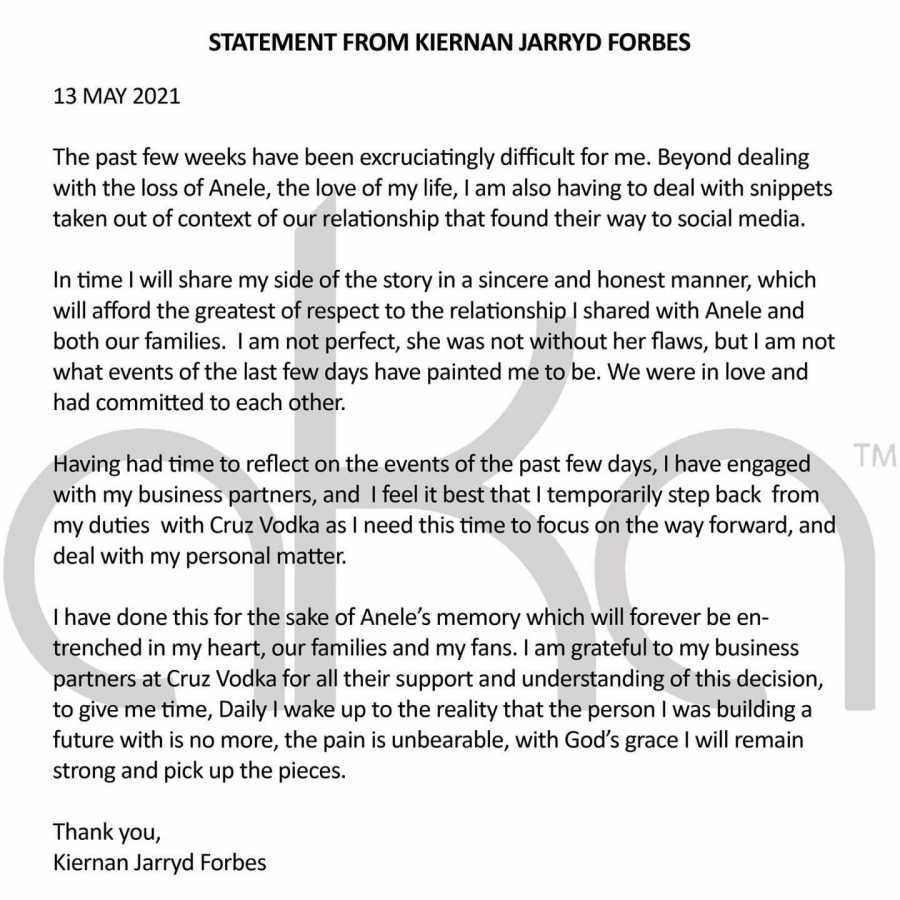 Until he detached himself from Cruz Vodka, he was an influencer for the brand and had some flavours of the vodka brand (water melon and banana) named for him.

Well, what do you think of AKA temporarily terminating his relationship with Cruz Vodka?