Mzansi DJ and Producer, Prince Kaybee has had a year of Twitter feuds. From DJ Maphorisa to Black Coffee, the Mzansi star has had to trade words on social media with his fellow celebs.

The most recent one he has engaged in is with multi-talented DJ, producer and actor, NaakMusiQ. Naak had shared a photo of himself standing next to his BMW ride prompting a reaction from Prince Kaybee according to the comments on the post.

The “Uwrongo” hit maker stated that the case would have been different if he had posted the photo as many would call him arrogant. He also revealed that he realised that he was playing on unfair grounds.

NaakMusiQ replied stating that he had rode BMWs before Kaybee got his first Benz. After facing a lot of backlash, Kaybee replied saying he wasn’t trying to start any beef with the actor.

Check the back and forth below.

“I studied the comments in this post, I then understood if it was me that posted the same picture with my Merc I was gnna seem arrogant, there were gnna be the nastiest comments to a point people say I rent my cars so I realized I’m playing on unfair ground. Enjoy your Bmw abuti,”  – Kaybee 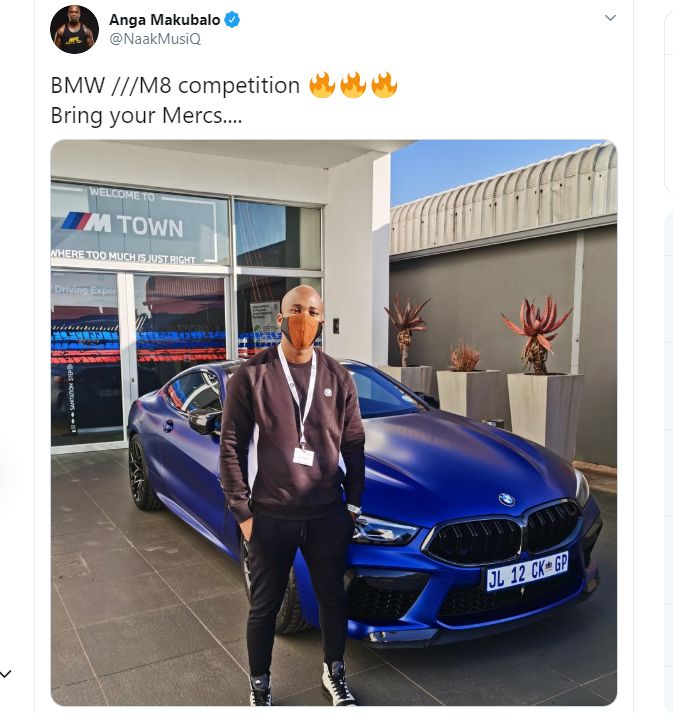 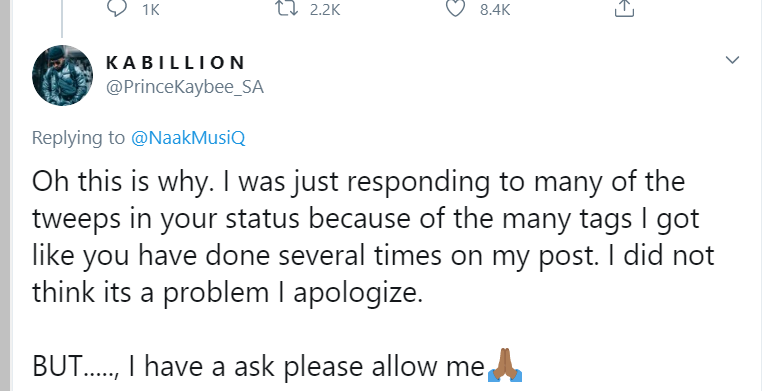 Tags
Naakmusiq Prince Kaybee
John Jabulani28 July 2020
Back to top button
Close
We use cookies on our website to give you the most relevant experience by remembering your preferences and repeat visits. By clicking “Accept All”, you consent to the use of ALL the cookies. However, you may visit "Cookie Settings" to provide a controlled consent.
Cookie SettingsAccept All
Manage Privacy