Ambitiouz Entertainment hits back at a troll who predicted that Malome Vector will also quit the label.

It seems that everywhere we turn, there’s a new story about Ambitiouz Entertainment getting into a fight on social media. The popular label has made quite a lot of enemies since their fight with Emtee began.

They have also been plagued with some of their best artists leaving them due to management issues. However, the label has found luck in its new artists especially Malome Vector. The rising singer has found a lot of success in the short while she’s been out.

Taking to Twitter to promote the artist’s new song with Blaq Diamond, the label had to face a troll who predicted that Malome would also leave them. Replying the troll, AE left nothing back tweeting “that you left school doesn’t mean everyone leaves everything“. Ouch. That’s gotta hurt. But if you’re gonna come for them, best be ready for a scathing clapback. 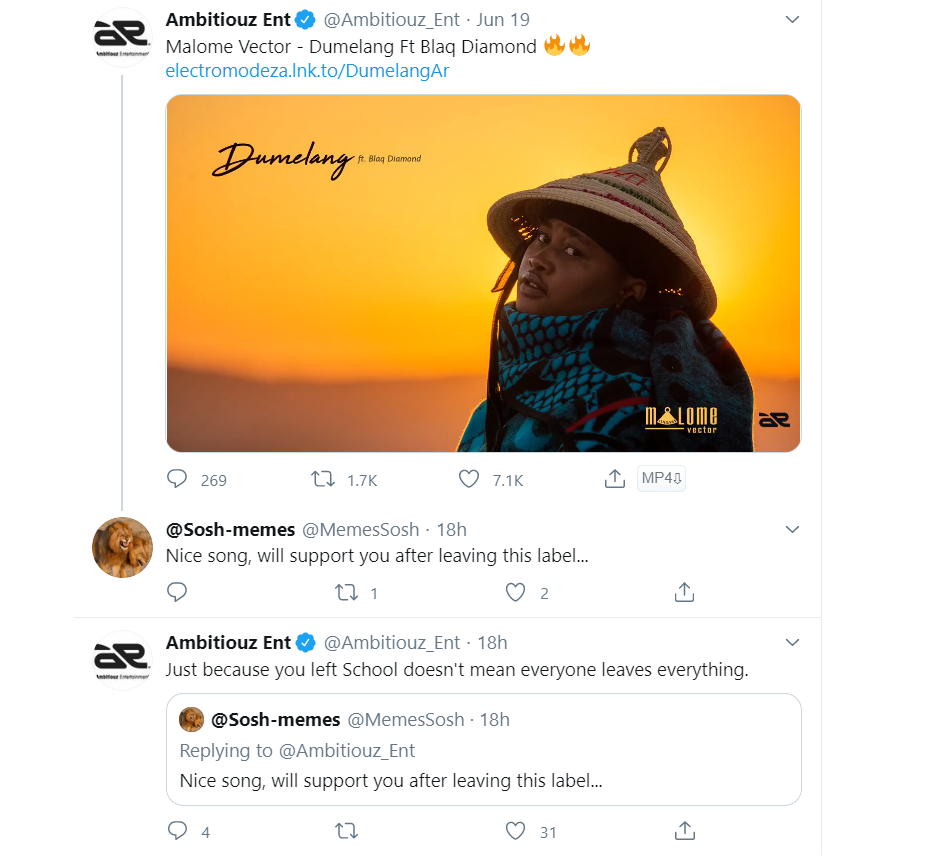