Not all dreams come true. And for Yoli, Vyno and Norman, it’s a quiet end of a dream as all three of them were evicted from the Big brother Mzansi house last weekend.

With the exit of the three housemates mentioned earlier, a new season of sadness has started for those who wanted them to men. Some of Yoli’s fans think she’s the most real housemate in the Big Brother Mzansi house and that it was sad to see her leave. 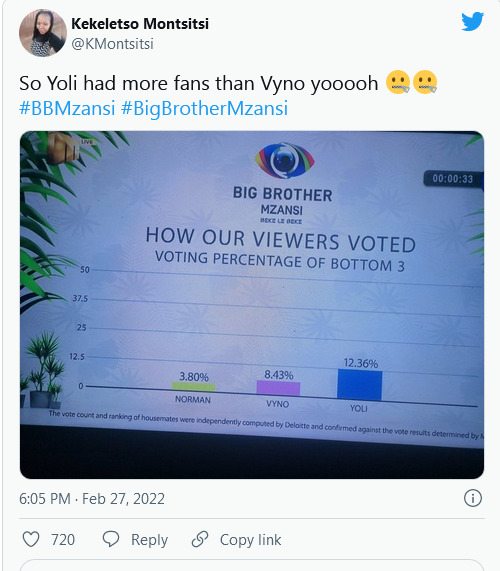 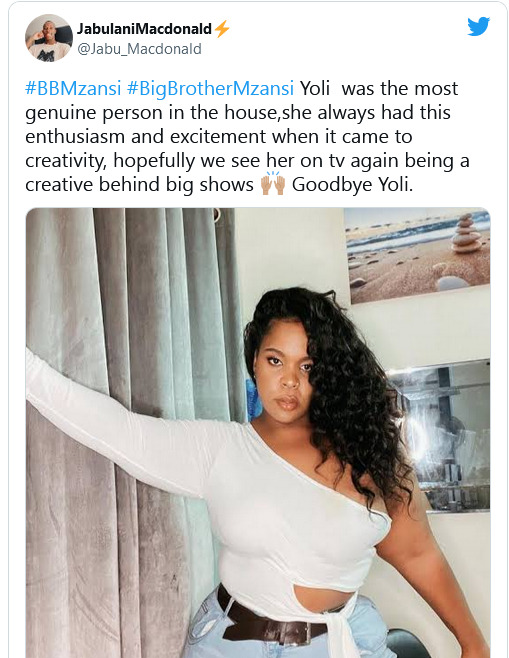 Yoli (Yolander Glover) is a trained school teacher. She’s bubbly, a trait that has endeared her to many people.

At 25, Vyno is five years younger than Yoli. The Pretoria native fancies himself a nerd, sometimes wild, sometimes chilled. He’s also a musician and has worked with the likes of DJ Maphorisa.

Norman is just 24 and a daycare worker. The champ is more for family and shares a deep bond with his mother and siblings.

Yoli, Vyno and Norman may be gone but can still ride on their newfound fame.

Tags
#BBMzansi Big Brother Mzansi Norman Vyno Yoli
John Israel A Send an email 28 February 2022
Back to top button
Close
We use cookies on our website to give you the most relevant experience by remembering your preferences and repeat visits. By clicking “Accept All”, you consent to the use of ALL the cookies. However, you may visit "Cookie Settings" to provide a controlled consent.
Cookie SettingsAccept All
Manage Privacy