The Big Brother Mzansi reality show is nearing its conclusion are expectations are high over who should win the star prize of R2 million.

Gash1’s fans are sure that their man is very much in the race to win the star prize, and they have been tweeting the hashtag #Gash1For2Mil to drive home their message.

And for those who might imagine that he’s losing focus, Gash1 made it clear, and Biggie broadcast the same, that he’s not lost focus on why he’s in the Big Brother Mzansi house.

Interestingly, Gash1’s support base transcends Mzansi. Out in Nigeria, Pere, a former housemate in the Nigerian version of the Big Brother reality show, is rooting for Gash1 to win the star prize.

The Ghostnation (Themba’s fans) think their man will be the one to go home with the R2 million prize, however. And they have been hyping him to snap the coveted pot finally. According to his fans, the prize money is already “Ghosted.”

You can check out some of the comments below. 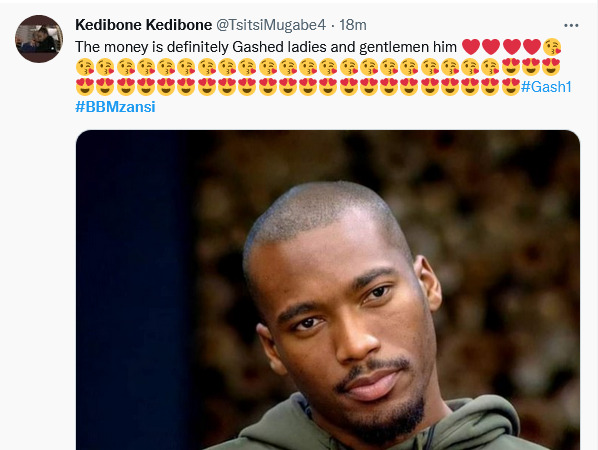 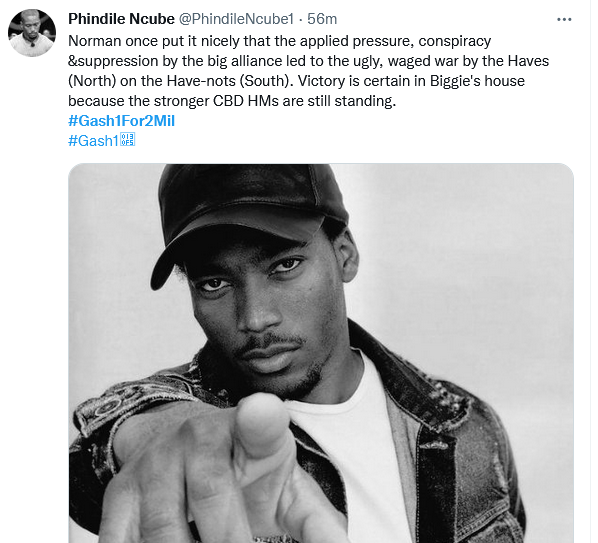 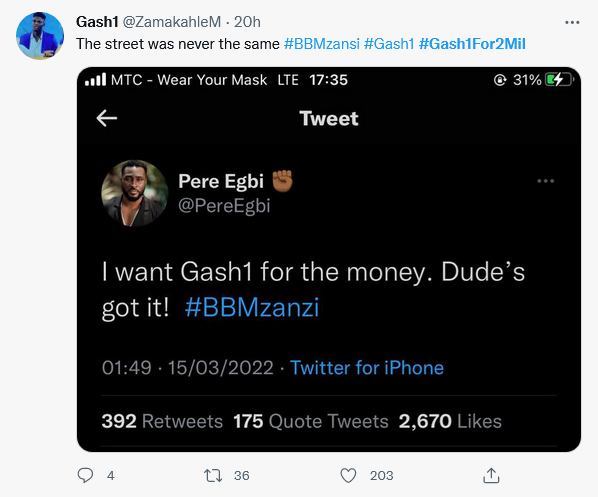 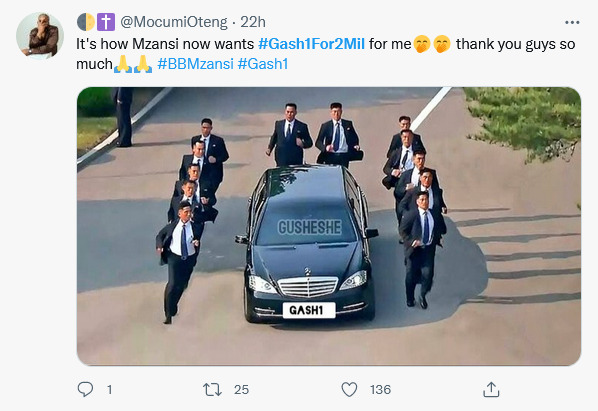 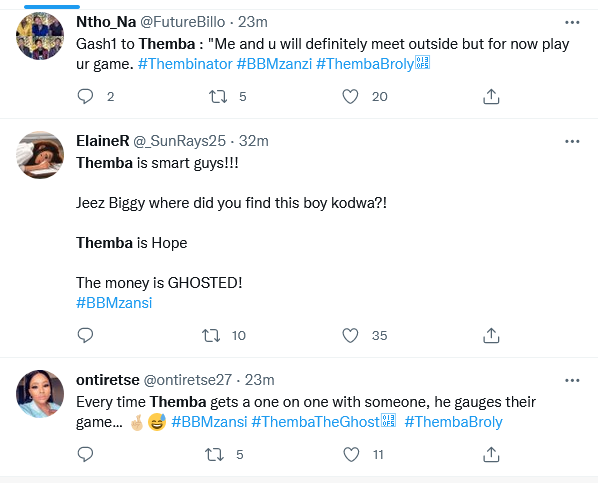 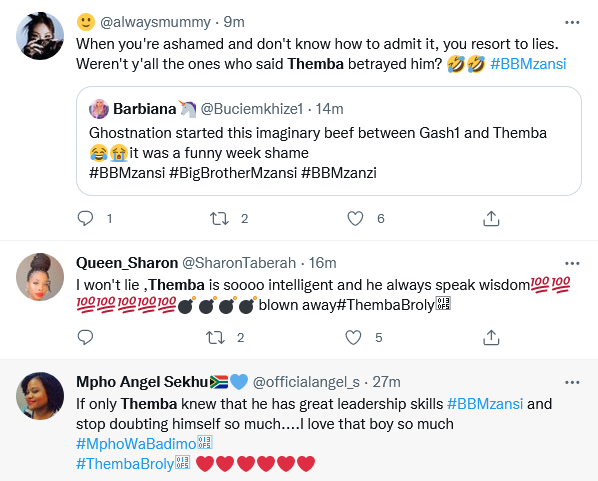 I want to thank you Biggie for the opportunity and also I wanna thank God for making me be here obviously.

Not forgetting to thank ghostnation for continuously voting for me when I’m nominated for possible eviction.#ThembaBroly𓃵 #BBMzansi pic.twitter.com/bidLCEIDKf

While Gash1 and Themba appear to be the most prominent in the race to winning the prize, there’s still no assurance that either of them will succeed. Stay tuned.

Tags
Big Brother Mzansi Gash1 Themba
John Israel A Send an email 18 March 2022
Back to top button
Close
We use cookies on our website to give you the most relevant experience by remembering your preferences and repeat visits. By clicking “Accept All”, you consent to the use of ALL the cookies. However, you may visit "Cookie Settings" to provide a controlled consent.
Cookie SettingsAccept All
Manage Privacy