June is three months ahead, but there is so much planned for the imminent month already for the Afro-house and amapiano crowds.

In a recent post to social media, celebrated DJ Shimza had noted that his body Shimuzic will be working with Kabza De Small’s Piano Hub to curate music from afro-house and amapiano.

The day of the curation is June 16, at The Station, Carr Street, Newton, Johannesburg.

The announcement has thrown Mzansi music lovers into a state of excitement, with many of them noting they expect Kabza De Small to have a fire set – you know, set the scene on fire with his performance. 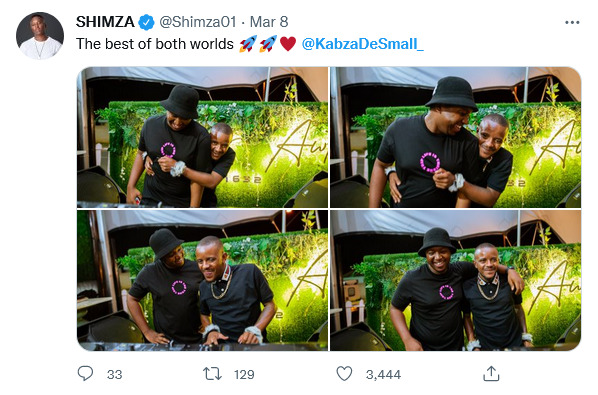 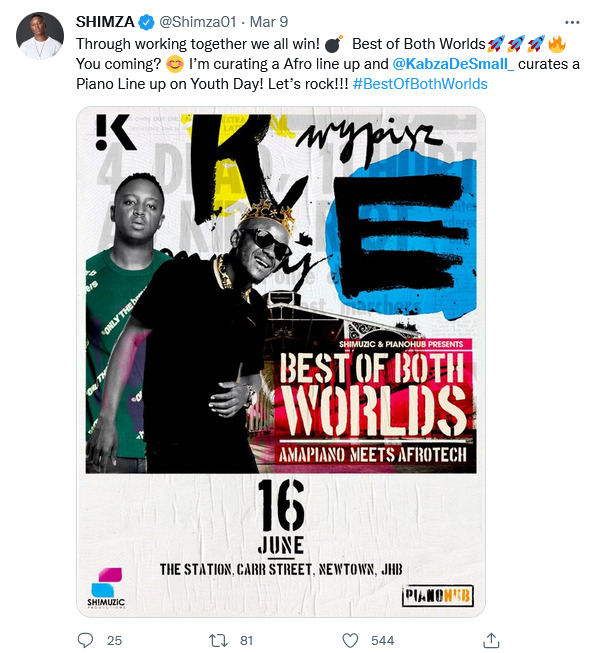 For those who have been following Kabza De Small’s musical journey, there’s actually nothing off in this expectation as the songster shows each time that he’s a fine entertainer and prepared to keep his audience on the dance floor.

While the Best of Both Worlds youth week show is months away, Kabza is still blowing fans away with his performance, the most recent being at Club Konka. He’s trending as a result.

With expectations already high for the Best of Both Worlds youth week show, it will be interesting to see how both musos will perform.

Tags
Amapiano Kabza de Small Shimza
John Israel A Send an email 12 March 2022
Back to top button
Close
We use cookies on our website to give you the most relevant experience by remembering your preferences and repeat visits. By clicking “Accept All”, you consent to the use of ALL the cookies. However, you may visit "Cookie Settings" to provide a controlled consent.
Cookie SettingsAccept All
Manage Privacy