Fans felt he should not have rapped on a very sensitive subject and have criticized him massively for the song, which featured iFani.

Big Xhosa, who actually has a spare frame, elected to keep quiet about the criticism, choosing to respond to only one of his critics. In a tweet, he had noted that the likes of Lil Wayne might rap about weed and genitalia without facing backlash. He wondered why it should become a problem when he took the same path in his music.

And as for those who said the song was trash, the songster insisted he’d never get mad at them for their opinion. The only thing is, according, no one can stop him making music and in the way he pleases. His critics might hate him all they like, according to him; he doesn’t care. 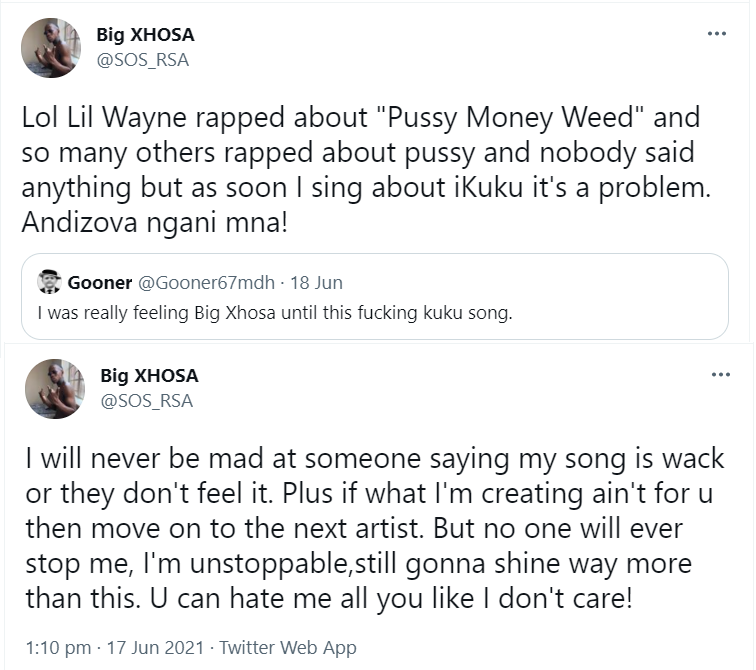 What do you think of “iKuku Endala,” the criticism it has elicited, and Big Xhosa’s response to the criticism? You’re welcome to join the conversation by dropping your thoughts in the comment section below.