DJ Black Coffee’s ex-wife Enhle Mbali has tested positive to coronavirus. The actress made the revelation herself in a lengthy Instagram post today 14 July 2020.

It was an introspective moment in which she described 2020 as her best year ever, despite all the challenges. She has learned from her experiences and is still walking tall. According to her, people treat one the way they do because one lets them.

Towards the end of her post, she admitted she had caught the virus, after all, careful as she was. She said they even made fun of her on set. Who “they” are, she never explained. At any rate, she said she had given herself permission to heal and also ask for help. 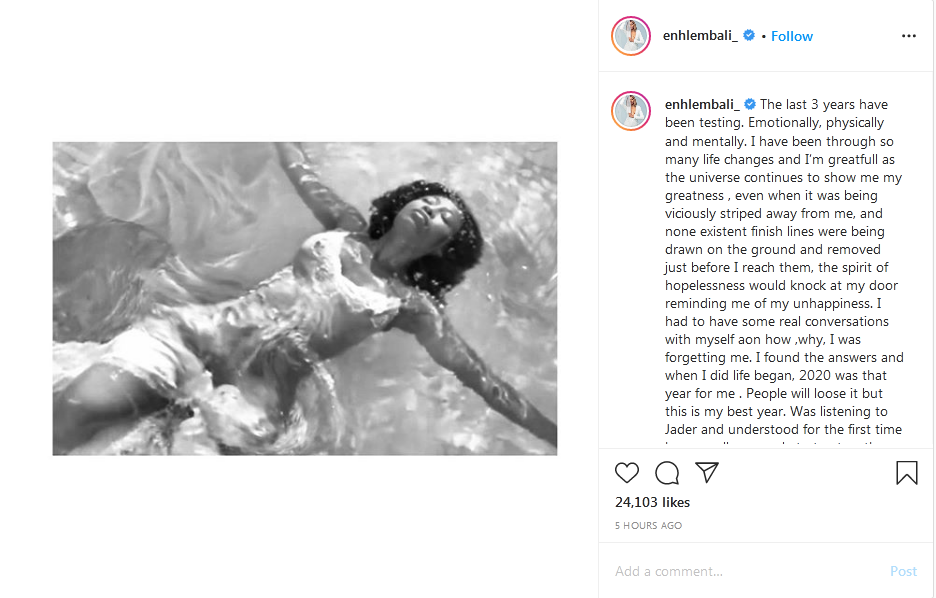 With the statement she is coronavirus positive, she joins fellow celeb and Mzansi thespian Abdul Khoza and rapper AKA, who had earlier tested positive to the virus.

We hope they all recover soon.