Known for its savage sallies against celebrities, Black Twitter had many peeps smiling after defending rapper Nadia Nakai for dating Kiernan “AKA” Forbes.

The two started dating last year but have only just made their relationship official. And while some social media users are happy for the couple, some have criticised Nadia Nakai for dating AKA.

Actually, the criticisms of her relationship with AKA didn’t start today. However, when a Twitter user with the handle @haemusic_ insinuated that Nadia Nakai had pivoted from a promising brand to just AKA’s girlfriend, Black Twitter erupted in her defence.

One of Nadia Nakai’s defenders noted that she has been through a lot and should be left alone. Another wondered why AKA’s haters had transferred their hate to her because she’s now dating him.

And yet another noted that the “Yass Bitch” rapper deserves all the happiness she can get, and if she’s happy with AKA, then so be it. 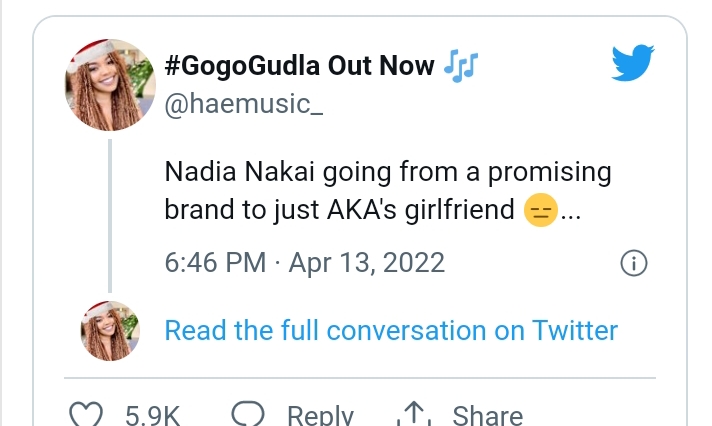 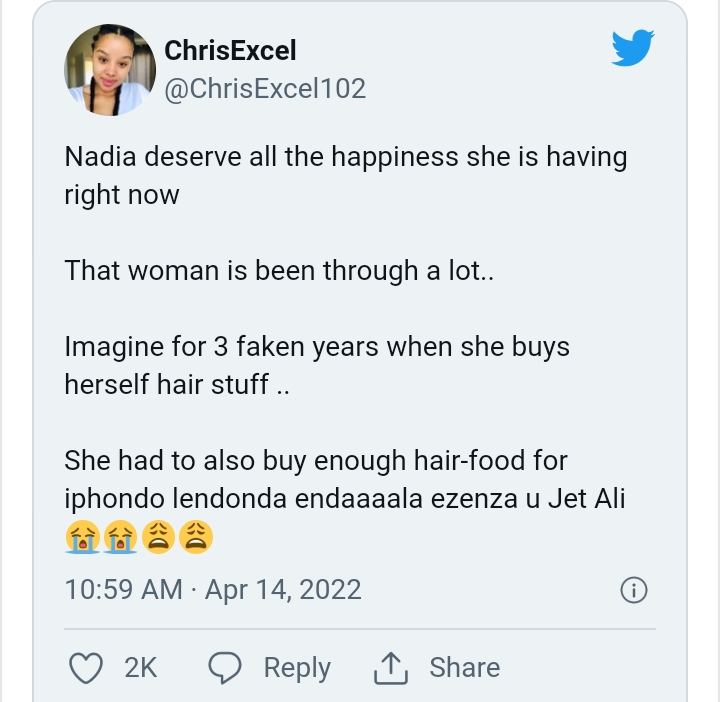 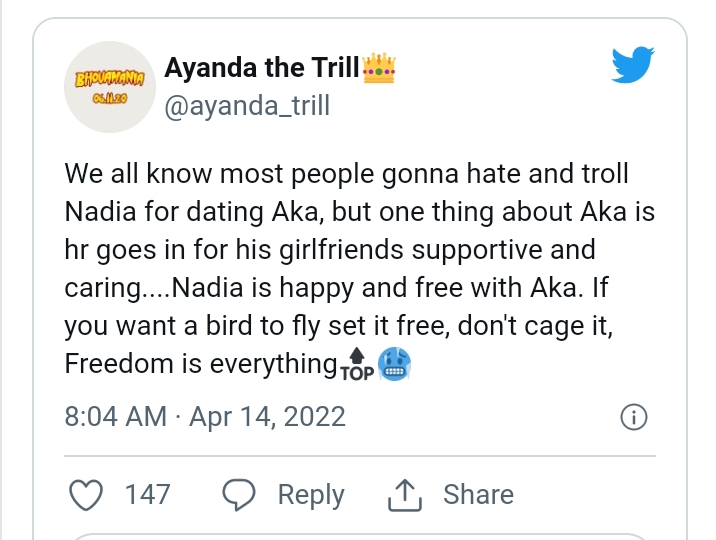 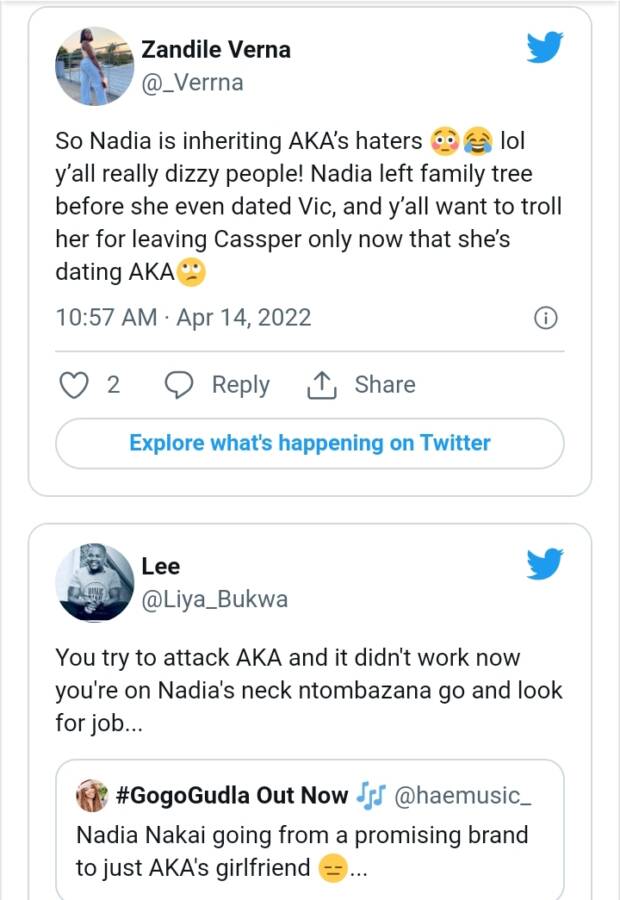 The only person who has not commented about the whole controversy is Nadia Nakai herself. She’s having a good time in her relationship, and that’s what counts for her.

Before she started dating AKA, Nadia Nakai had dated the American singer Vic Mensa and been interviewed by AKA on The Braai Show.

Tags
Nadia Nakai
John Israel A Send an email 18 April 2022
Back to top button
Close
We use cookies on our website to give you the most relevant experience by remembering your preferences and repeat visits. By clicking “Accept All”, you consent to the use of ALL the cookies. However, you may visit "Cookie Settings" to provide a controlled consent.
Cookie SettingsAccept All
Manage Privacy