Would there ever be an end to the game Boity and her friend Maps Maponyane are playing on the interest of fans in their relationship?

The two flirt sporadically online, leaving fans speculating they are lovers – in a relationship. But Boity had laughed off the speculations, stating that the entrepreneur was just her friend with no strings attached.

But fans are not convinced. They affirm Boity’s body language accentuates her relationship with Maps. In case you missed it. Maps recently shared a picture of his toned and masculine body, stating he should perhaps open an OnlyFans account to serve fans such masculine hotness.

Boity had popped in the comments, stating that she would be one of his subscribers if he should elect to have an OnlyFans account. If she wasn’t salivating for his body, why would she want to subscribe to the account? Some fans had argued.

Anyway, Maps has stoked dating rumours again when he shared a picture of him and Boity on Africa’s highest building clicking glasses of champagne. “#TOASTTOGETHERNESS,” reads paart of the caption to the picture, which you can check out below. 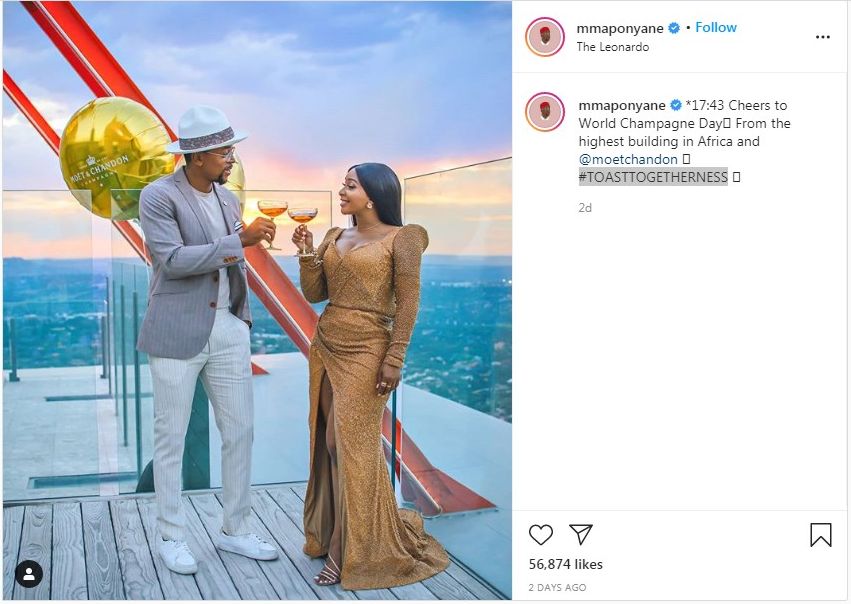 Well, nothing is forever hidden. If the two are in a relationship, we’ll know soon enough, and we’ll share same with y’all.

Tags
Boity Maps Maponyane
John Israel A26 October 2020
Back to top button
1
Close
We use cookies on our website to give you the most relevant experience by remembering your preferences and repeat visits. By clicking “Accept All”, you consent to the use of ALL the cookies. However, you may visit "Cookie Settings" to provide a controlled consent.
Cookie SettingsAccept All
Manage Privacy