Although Boity recently stated on her show that she and Maps Maponyane are merely friends – homies – and not lovers, she has stirred the old rumour she and the TV presenter are actually dating.

Days back, Maps Maponyane had shared the cover of the latest issue of Men’s Health, which had an image of him – toned and muscled. Maps had dreamed of an appearance on the magazine since he was a kid. Now that he has made the cover, he is incredibly excited. 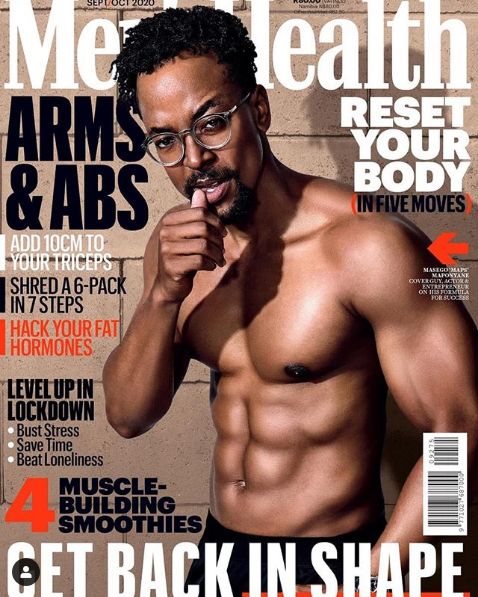 The cover had many admirers, mostly ladies. Such was the traction it gained that Maps shared a follow-up photo, indicating he might as well as up an OnlyFans account.

Fans were intrigued at the prospect of him opening an OnlyFans account, and made this clear in their responses. Well, it appears Boity is equally interested in seeing him go shirtless on OnlyFans. This much she indicated by sharing the image of a shirtless Maps, commenting with just the watching emoji. See it below. 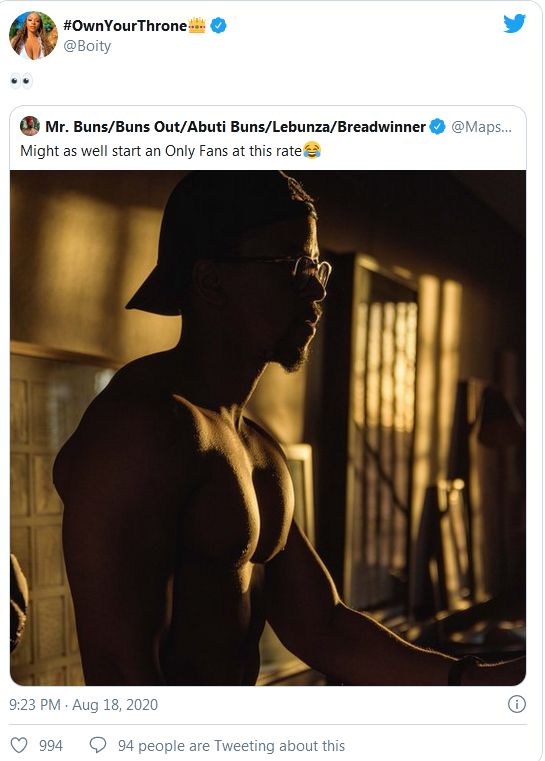 Well, do you see Maps and Boity becoming a couple in the future?