South African businesswoman Bonang Matheba might have worn her case against controversial podcast host Rea Gopane, but some South Africans are unimpressed with the lawsuit and with her win, with some of them claiming she’s using lawsuits to keep her entertainment career alive.

Bonang had sued Rea Gopane for defamation of character and won an R300k judgment against the YouTuber. She had celebrated her win online, dropping a statement to that effect.

But some social media users think she’s using the Rea Gopane to stay relevant in the entertainment industry. One of her critics claimed that the House of BNG boss used to trend for just posting a picture of herself. But now no one talks about her, and she has to use Rea to revive her entertainment relevance. You can check out some reactions below. 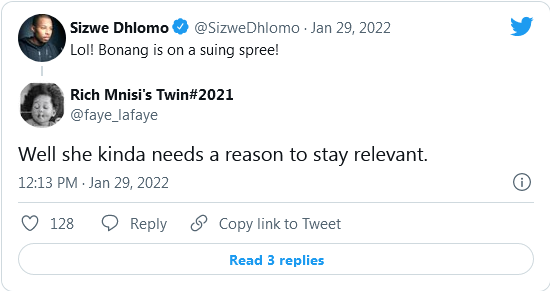 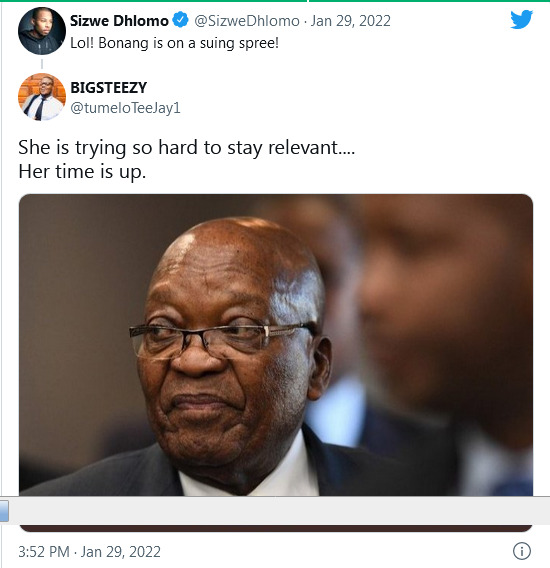 Interestingly, although she’s won the R300k suit against Rea Gopane, the  YouTuber had vowed not to pay her a cent of the money.

Bonang had sued Rea Gopae for defamation of Character. At som point, he’d apologized to her but he returned to firing shots again. When Bonang sued him and won, he dismissed her as a delusional woman.

It remains to be seen what direction the case will take.

Tags
Bonang
John Israel A Send an email 1 February 2022
Back to top button
Close
We use cookies on our website to give you the most relevant experience by remembering your preferences and repeat visits. By clicking “Accept All”, you consent to the use of ALL the cookies. However, you may visit "Cookie Settings" to provide a controlled consent.
Cookie SettingsAccept All
Manage Privacy