Apparently, Cassper Nyovest would still have fought AKA but his father had advised him against it following the death of AKA’s girlfriend Nelli Tembe.

Anele “Nelli” Tembe had plunged to her death in an apparent suicide on April 11 this year, leaving her parents disconsolate and Mzansi wondering. It’s been months now and the Rainbow Nations to be moving on.

Commenting about the incident, earlier, Cassper Nyovest had revealed that fighting AKA would go against what he believes in because AKA was already “down.”

Much later, responding to a fan, he had revealed that he really wanted to fight AKA but the “Fela in Versace” star kept giving excuses. And when AKA lost Nelli Tembe, his (Cassper’s father)had called him and urged him to let Kiernan be. 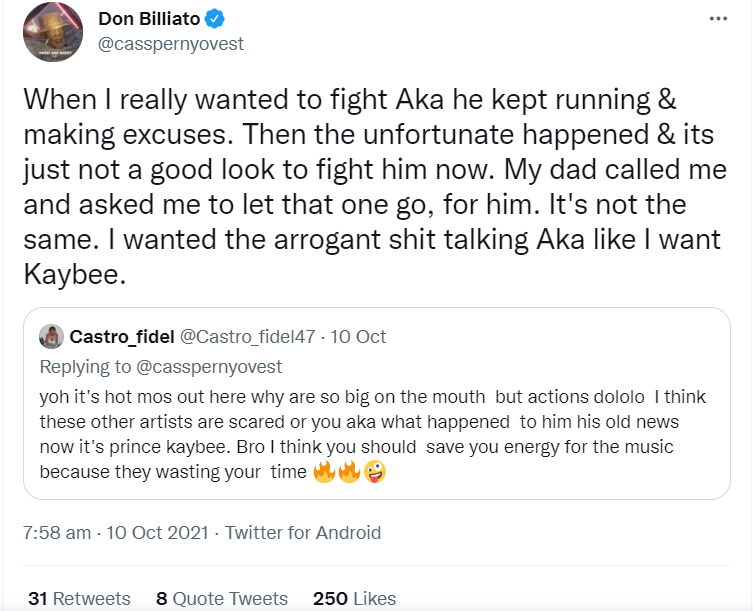 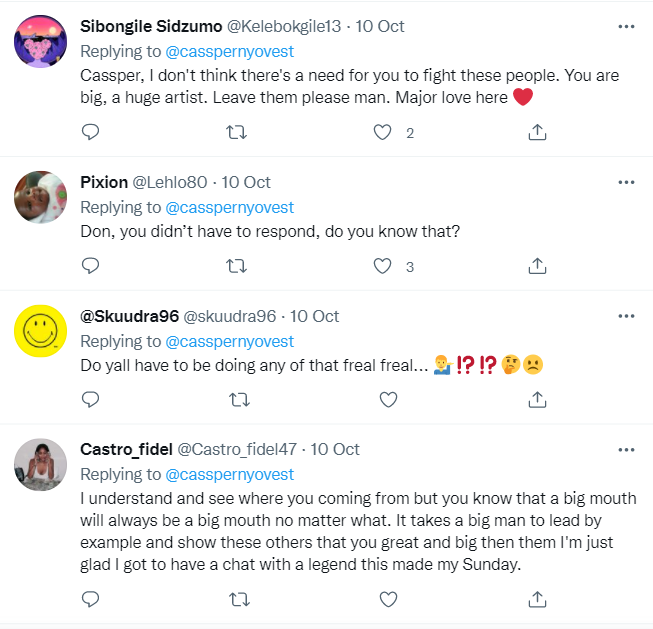 Cassper may not have had AKA to fulfill his boxing fantasies, but the Family Tree boss is keen on a boxing match. In fact, just recently, he had announced he’s gotten a worthy opponent (unnamed) to spar with.

It remains to be seen how he’d do in the fight with the as-yet-unnamed opponent, and if his performance in the fight would encourage AKA to challenge him openly to revisit their unsettled beef and fix it all by throwing punches at each other.