Yo, Cassper Nyovest is going to be such a great dad. We can all tell. We have a feeling that his little man is going to have the time of his life with a dad like Cass. Well, we are all going to see that happen.

The baby isn’t even here yet and Cass has already made plans for him to drip like dada. The Mzansi star shared a photo of a new pair of Nike sneakers he got him. In the captions he wrote “Lil man already dripping. Like his daddy.”

Cassper is known to always kill it everytime he dresses up. However, fans weren’t really feeling his style when photos from his baby shower hit the net. His lady, Thobeka Majozi looked amazing, while Mufasa wore a purple hoodie with camouflage pants. He was criticized for not dressing right to the shower.

Literally everyone in the country (his enemies included) is waiting for the birth of Mufasa’s son. He revealed that will be happening sometime in September which inspired his upcoming album “Any Minute Now”. The album is scheduled to drop around the time of his son’s birth. We are literally counting the days. 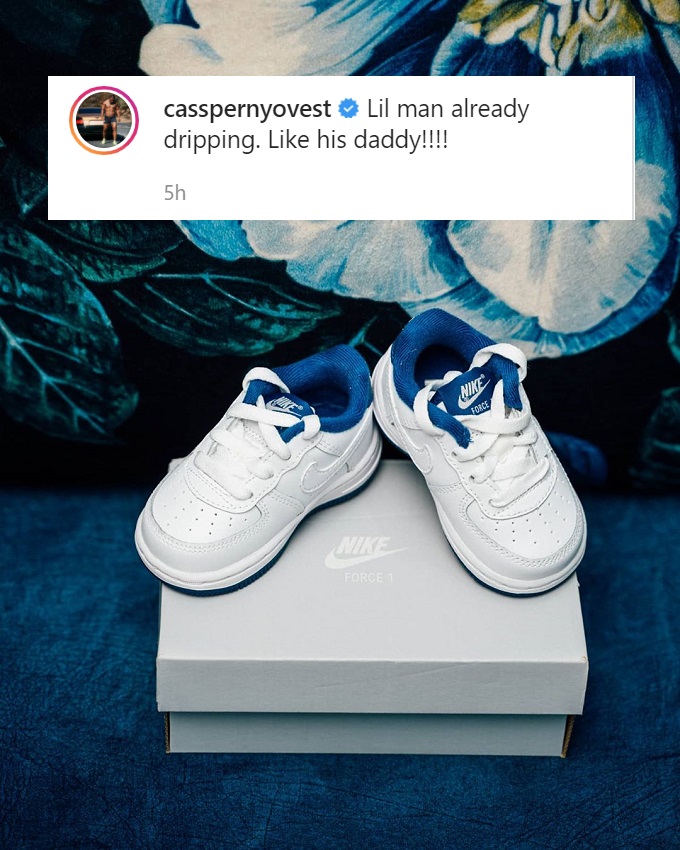