Khuli Chana is one musician Family Tree rapper Cassper Nyovest rates very high. In fact, as far as the “Amademoni” hitmaker is concerned, Khuli Chana is the epitome of cool and his idol.

Cassper Nyovest dropped those words about Khuli Chana in a recent tweet while also wishing the songster a happy birthday. It was one of several times he’d acknowledged Khuli Chana’s greatness as a musician and as a person. 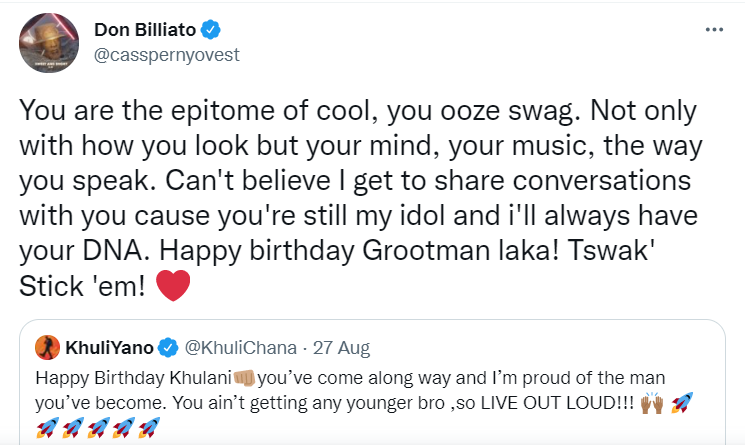 Cassper Nyovest is known for always speaking his mind. So the latest verdict on Khuli Chana is nothing surprising.

In fact, previously, he had commented on the qualities of amapiano singer and dancer Kamo Mphela, insisting the “SBWL” muso is probably underestimating her creative gift. 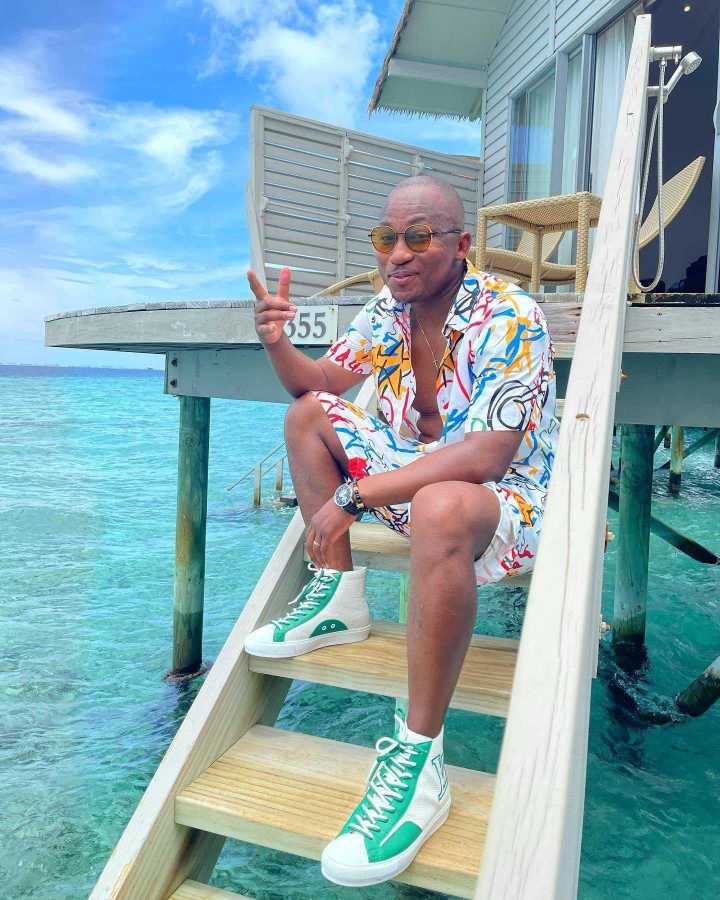 Cassper Nyovest even posited that Canadian rappers Drake and Tory Tanez have amorous designs on the singer.

By the way, Khuli Chana and Cassper Nyovest are not only friends, they have worked together previously. And they have both made inroads into South Africa’s amapiano space – Khuli with “Buyile” and Cassper with several songs.

Well, what do you think of Cassper Nyovest’s thoughts on Khuli Chana? Do you share his verdict? You’re welcome to join the conversation by dropping by dropping your thoughts in the comment section below.

Tags
Cassper Nyovest
John Israel A Send an email 1 September 2021
Back to top button
Close
We use cookies on our website to give you the most relevant experience by remembering your preferences and repeat visits. By clicking “Accept All”, you consent to the use of ALL the cookies. However, you may visit "Cookie Settings" to provide a controlled consent.
Cookie SettingsAccept All
Manage Privacy