Family Tree rapper Cassper Nyovest has decided to join the new trend “How it started” “Where we at now,” revealing exactly how he came to be a father to a son called Khotso Izwe Simba Phoolo. Born in September.

The trend “How it started” “Where we at now” started recently, with people sharing their lives’ journeys and milestones. Even celebrities are not left out. At least Cass took the ship.

In a tweet three hours ago today 8 October 2020, the songster shared a screenshot of his conversation with his girlfriend Thobeka Majozi, as well as a pic of them together. Dated 15 January 2017, the screenshot showed, the pair were desirous of having a baby but planned it all out to the best time for them.

The picture showed Thobeka Majozi lying on a bed in the hospital while Cassper posed reassuringly beside her. It was the moment she was about to give birth. Or probably just after giving birth. 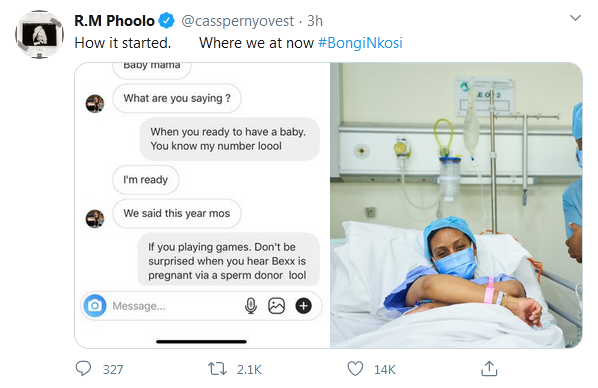 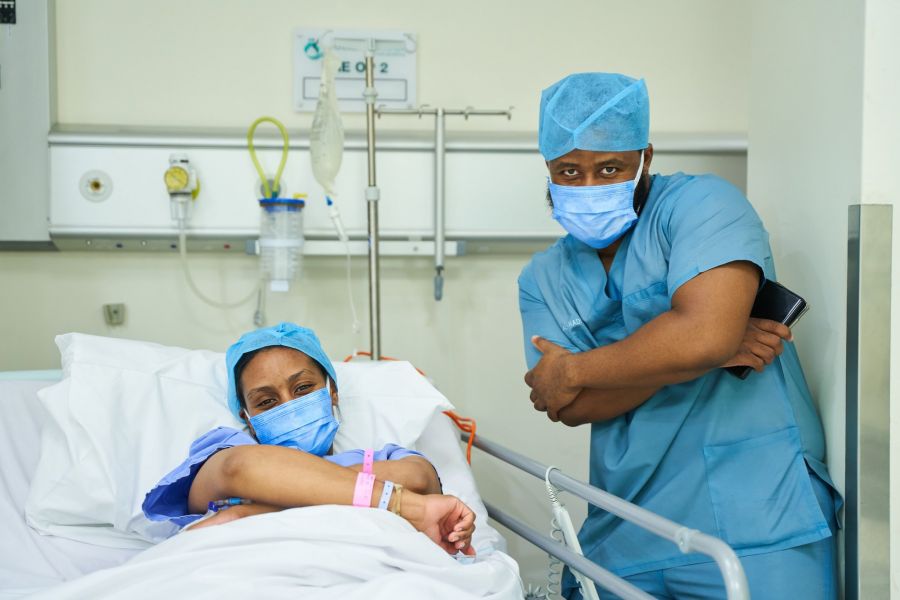 Well, care to follow the “How it started” “Where we at now” trend? You might want to do that in the comment section of this post. What do you think of Cassper Nyovest joining the trend? You may share your thoughts on here as well.

Tags
Cassper Nyovest Thobeka Majozi
John Israel A Send an email 8 October 2020
Back to top button
Close
We use cookies on our website to give you the most relevant experience by remembering your preferences and repeat visits. By clicking “Accept All”, you consent to the use of ALL the cookies. However, you may visit "Cookie Settings" to provide a controlled consent.
Cookie SettingsAccept All
Manage Privacy