Cassper Nyovest the “Tito Mboweni” hitmaker has always wanted to be a father. And fans have been wondering why he hasn’t settled the issue of father and children even though he has everything in place for him right now – or supposedly so.

He is famous, rich and good-looking, so why not? The “Amademoni” rapper had once stated it is not as easy as it appears, the decision of finding a wife and not just another broad. At any rate, he is preparing for fatherhood and already has a swing in his palatial home, which he said are for his kids.

Apparently the songster is expecting a child with his girlfriend and has thought up a beautiful way to herald his son’s coming. He is going to release an album entitled “Any Minute Now” because, well, his girlfriend, who is pregnant with a son, will give birth any minute now. 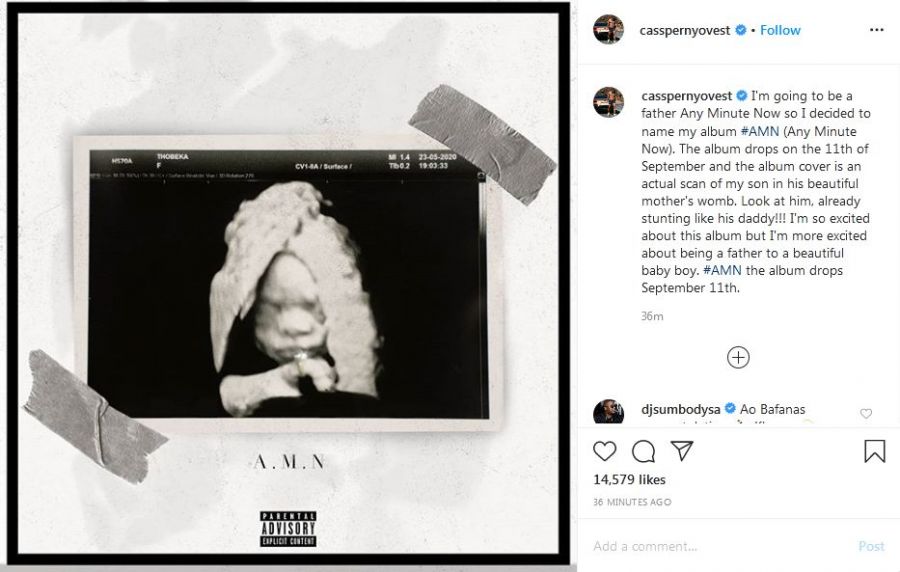 Cassper Nyovest, who is set to spar on the boxing ring with rival AKA in September, shared the cover art of the album, which is a scan of his son in his mother’s womb. He joked that his son is already stunting like him. He is so excited about being a father and about releasing the album, too.

Tags
Cassper Nyovest
John Israel A Send an email 22 June 2020
Back to top button
Close
We use cookies on our website to give you the most relevant experience by remembering your preferences and repeat visits. By clicking “Accept All”, you consent to the use of ALL the cookies. However, you may visit "Cookie Settings" to provide a controlled consent.
Cookie SettingsAccept All
Manage Privacy