Family Tree rapper Cassper Nyovest is not happy there is not music video for “Sponono,” one of the hottest amapiano songs of 2020.  That song had the Scorpion Kings DJ Maphorisa and Kabza De Small as lead singers, with Wizkid, Burna Boy and Cass popping as guests.

The Scorpion Kings created an animated video of the song last year. But Cass is unimpressed by it, preferring the real thing – all artistes on the song rocking the number on camera. 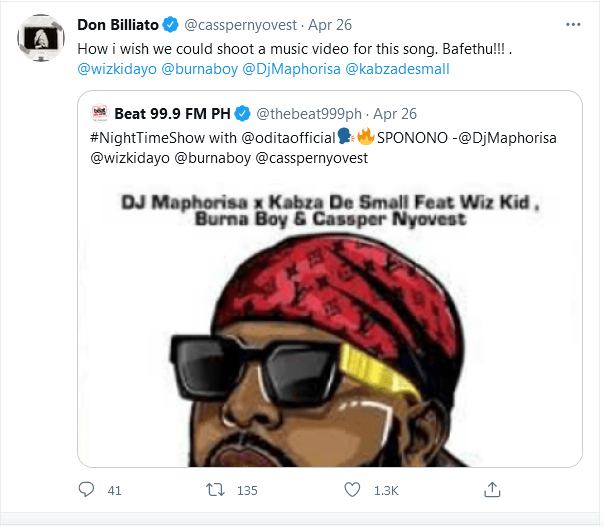 Described as one of the best amapiano songs of last year, “Sponono” has managed to retain the attention of the amapiano-loving public after it was released. It is not unseal to hear peeps still talking of the impact of the song today.

By the way, Cassper Nyovest is currently working on an amapiano album. The details of the album aren’t out there, except the rapper’s promise that it would be a standout compilation.

Well, you can count on us to bring the project to you whenever it should drop.