Casper Nyovest’s haters might end up having a heart attack as the songster showed off his updated car collection and crib.

In a post to his Instagram page, the songster had shared a photo that gave not just a sweeping view of his mansion but the exotic cars he owns. Painted white, the color of the mansion blended beautifully with that of the cars.

Among the cars visible in the photo are a Bentley, a McLaren, a Mercedes Benz, and a Ferrari. It doesn’t appear like his Rolls Royce is in the picture. Or have I mistaken it for the Mercs? LOL. 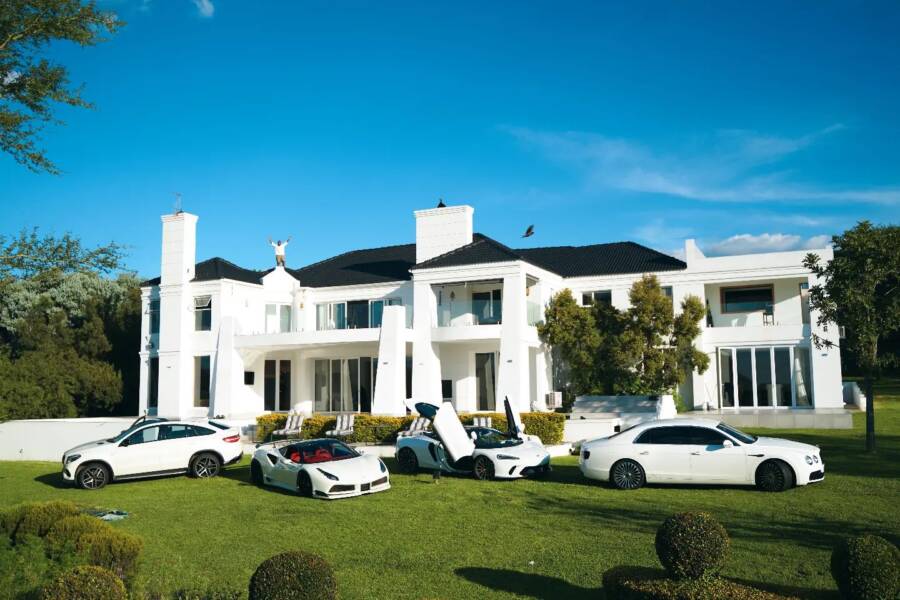 Cassper Nyovest’s acquisitions, especially the cars, have been subjects of controversy. Just rcently, he’d acquired his McLaren, but many had a hard time believing he was the owner of the pricey whip.

Outta the blue, a faceless luxury car dealership had claimed that he’s not completed the payment on the McLaren. But Daytona, a respectable brand in South Africa, buried that clkaim in the dst by showing that Cass actually purchased the pricey whip from them.

There might be just four cars in the picture, but Cass probably has more cars than that – when you factor in tour vehicles. As on fan had joked, Cass wanna kill his haters with his success.

Tags
Cassper Nyovest
John Israel A Send an email 2 February 2022
Back to top button
Close
We use cookies on our website to give you the most relevant experience by remembering your preferences and repeat visits. By clicking “Accept All”, you consent to the use of ALL the cookies. However, you may visit "Cookie Settings" to provide a controlled consent.
Cookie SettingsAccept All
Manage Privacy