South African DJ and producer Chymamusique has slammed the person trying to use his image to secure dates on Tinder.

In a recent tweet, the songster shared pictures of him the scammer had used to secure Tinder dates, urging his fans who are on the dating platform to help him report the account in question.

On the dating site, the scammer was using Chymamusique’s image and the name Maxwell Giyani. To make the profile as credible as possible, the scammer described himself as a lover of music. You can check out the tweet below. 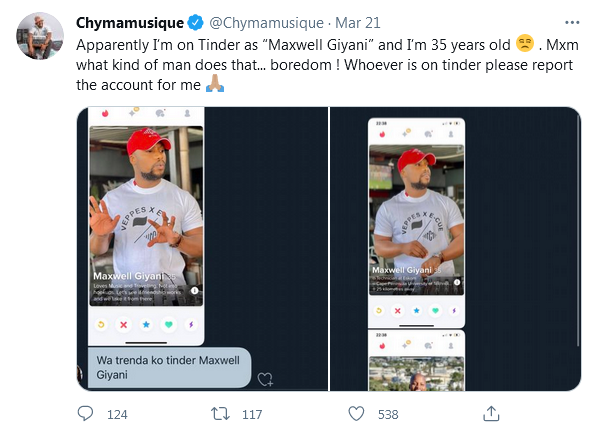 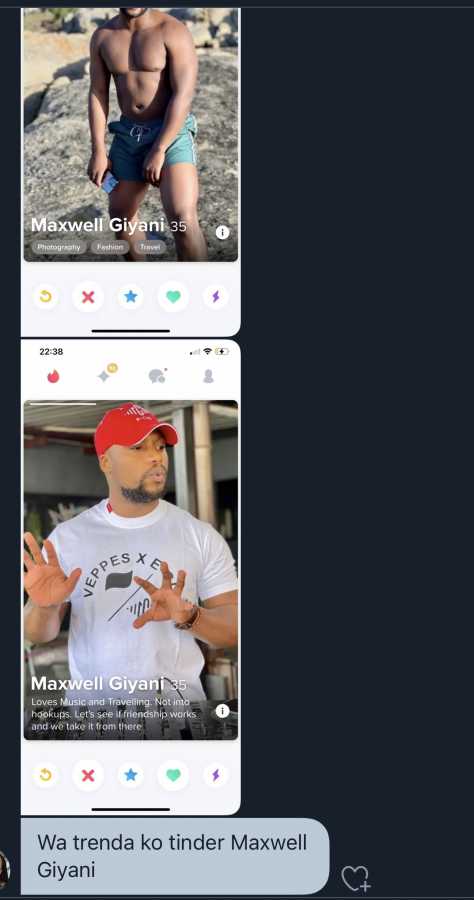 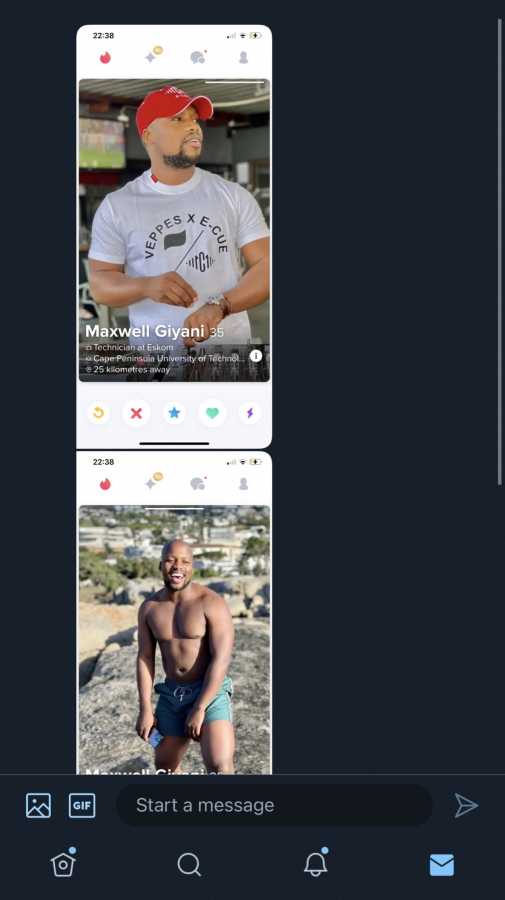 By the way, Chymamusique is but one of several musicians whose images have been used in an attempt to either scam or mislead members of the public. Other notable figures who have suffered similar challenges are Prince Kaybee of the “Fetch Your Life” fame and DJ Tira.

In the case of DJ Tira, the scammer had told the person he wanted to scam that he is a celebrity and should be respected. When DJ Tira shared this online, Mzansi Twitter nearly died of laughter… A scammer asking for respect…?