Costa Titch has just released the cover art and tracklist of his imminent “Made In Africa” Album.

Taking to Twitter on 1 October, the songster, who is one of Cassper Nyovest’s dancers, noted he is excited about the project. He should be, perhaps, given that it is his debut, and an intensely anticipated project.

“Made In Africa” album is a 17 track project, with an eponymous track sitting at the top of it. The album ends with a Tik Tok version of the song “Great.” Artists like AKA, DJ Maphorisa, Phantom Steeze, Riky Rick, Sjava, Youngsta CPT, Loki, Frank Casino, and 25k made the guest list.

With a guest list as rich as this, the expectation is that the body of work will be a big win on release. Costa Titch has given 9 October as the rerelease date of the project. That’s next week, which is pretty close.

Unlike projects from other artistes that fail to recognize writers of the lyrics, Costa Titch’s “Made In Africa” gives the writers dues credit. From the tracklist released, it is apparent that Tshego, Rouge, Costa Titch, Frank Casino and YoungstCPT are among the writers. That’s but an abridged list, of course. 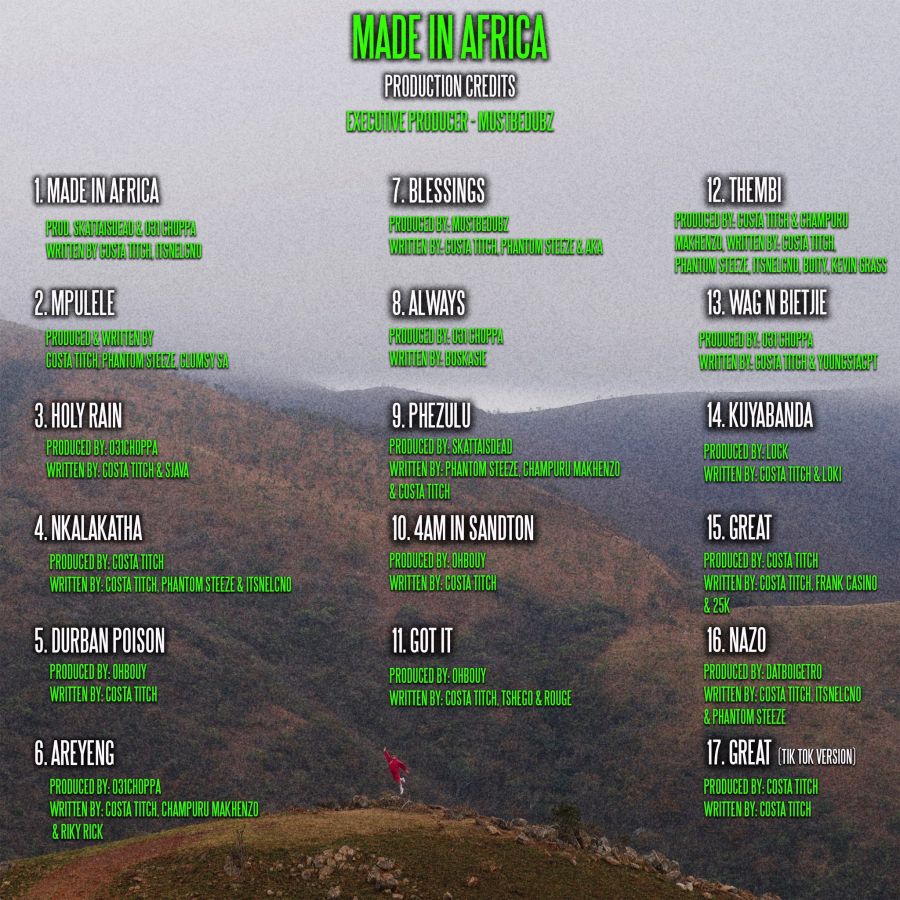 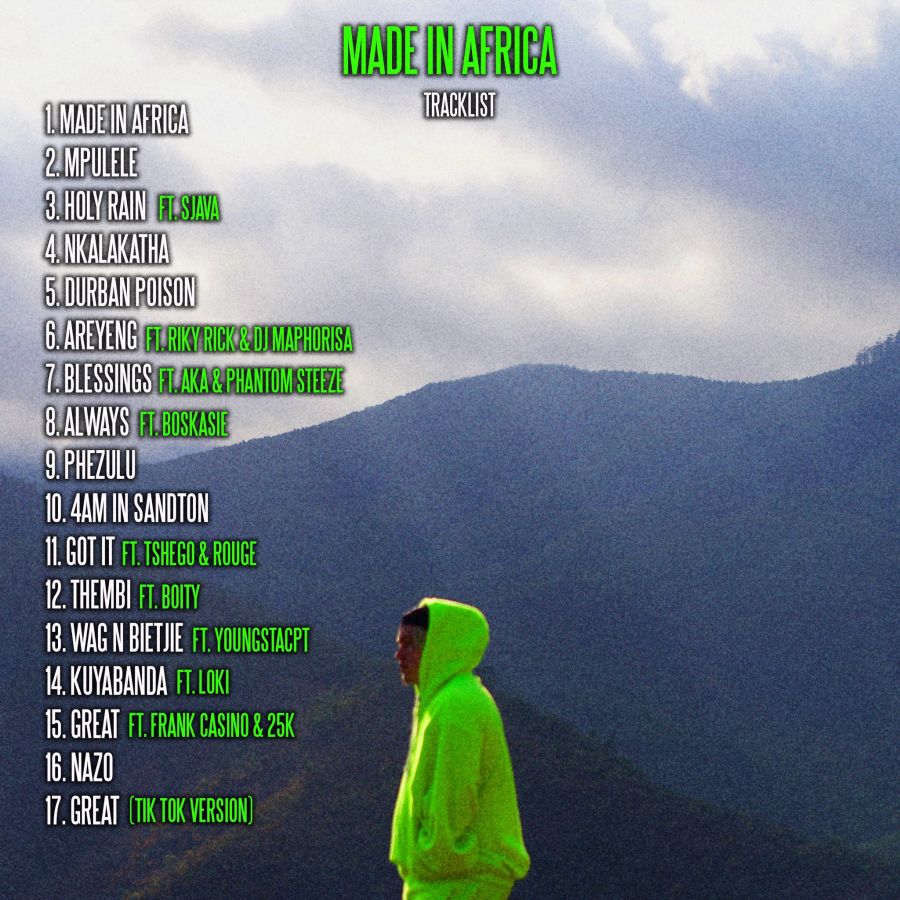 But it’ll suffice as we await 9 October.